On the occasion of the General Meeting and Meeting of the Board of Trustees of the IRZ held on 26 November 2018 at the German Federal Ministry of Justice and Consumer Protection (BMJV), Dr. Frauke Bachler was appointed the new General Director of the IRZ. Dr. Bachler took up her new position at the IRZ on Monday 7 January 2019. We would like to wish Dr. Bachler a very warm welcome and every success in her new position! 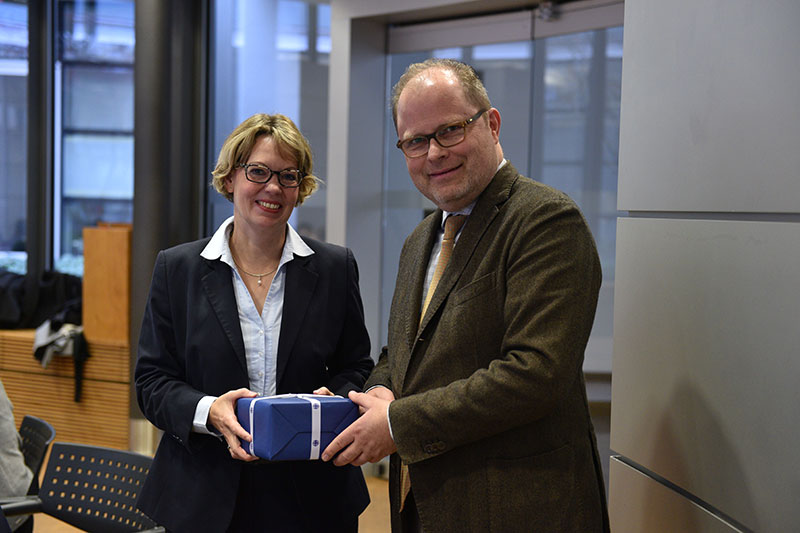 The President of the IRZ Board of Trustees, Dr. Jörg Freiherr Frank von Fürstenwerth, and the Vice-President of the IRZ Board of Trustees and Parliamentary Secretary of State at the German Federal Ministry of Justice and Consumer Protection, Christian Lange (see photo), thanked Veronika Keller-Engels for her outstanding work and wished her all the best in her new role at the Public Prosecutor General’s office. IRZ employees also added their own thanks.