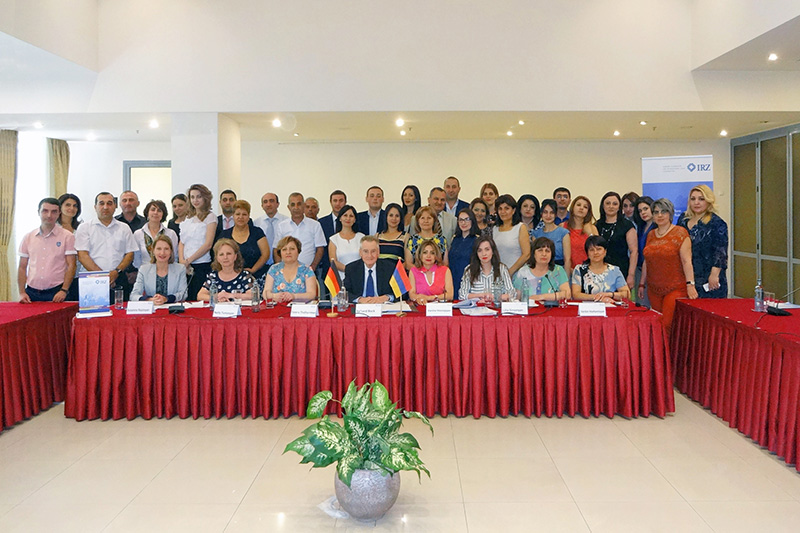 The Republic of Armenia once again looks back on an eventful year. Certainly the most important development from a legal policy point of view was the constitutional reform, which entered into force at the end of 2015. The central point of the reform is the change from the current presidential system to a parliamentary system. This manifested itself amongst other things in greater competence being conferred on the government and parliament, whereas the president by contrast mainly keeps representative tasks and is also no longer directly elected by the people. Although the actual reform itself was mainly viewed as a step in the right direction not only from an international perspective, several aspects gave rise to dissatisfaction amongst the population. However, in a referendum at the beginning of December 2015, the preparation and conduct of which was accompanied by criticism from election observers and representatives of civil society, the majority of the population was in favour of the reform.

In the continuing conflict concerning Nagorno-Karabakh, there were hefty military clashes between Armenian and Azerbaijan troops in April 2016 on the cease-fire line. Numerous soldiers were killed on both sides. This was aggravated by a serious domestic political crisis resulting from the two-week occupation of a police station in Yerevan in the summer. A radical opposition faction had taken several hostages in order to enforce political demands. Although a police officer was killed in the process, the violent occupiers received significant support from the population.

This indicates a consistent dissatisfaction of the Armenian people about the lack of change to their life situation. Trust in politics is minimal.

In Armenia, the IRZ mainly devotes itself to criminal law which has undergone a fundamental reform in recent years. The main criminal law legislation had to be revised once again as a result of the constitutional reform in 2016. This in turn had repercussions on the reform of the Penitentiary Code on which the IRZ has provided advice since 2015, and which will now be delayed further.

In addition to advice on legislation, cooperation also focused on training and conferences on practical criminal law issues. This in particular affects issues regarding which the Armenian regulations are guided by the German system or which are similar across borders for several countries. The cooperation partners are the Ministry of Justice, the Court of Cassation, the Armenian Bar and, since 2016, the Armenian Investigation Service. In addition to this, projects with the Armenian Chamber of Notaries and the Bar School have reached numerous representatives of these two professional groups.

An important project alongside the support for the Faculty of Law at Yerevan State University is still being conducted in the criminal law field. Firstly, consultation is taking place here on the revision of curricula on probation issues. Secondly, the university programme has been supplemented by practice-oriented guest lectures by experienced German speakers.

An important topic in the cooperation with the Ministry of Justice in 2017 will probably be the reform of juvenile criminal law. Initial consultations have taken place in this context, which can form the basis for close support and advice on legislative and structural reforms in this field. In any case, the draft of a reformed Penitentiary Code will be submitted in the coming year. Activities will otherwise mainly follow on from existing work as far as content is concerned.