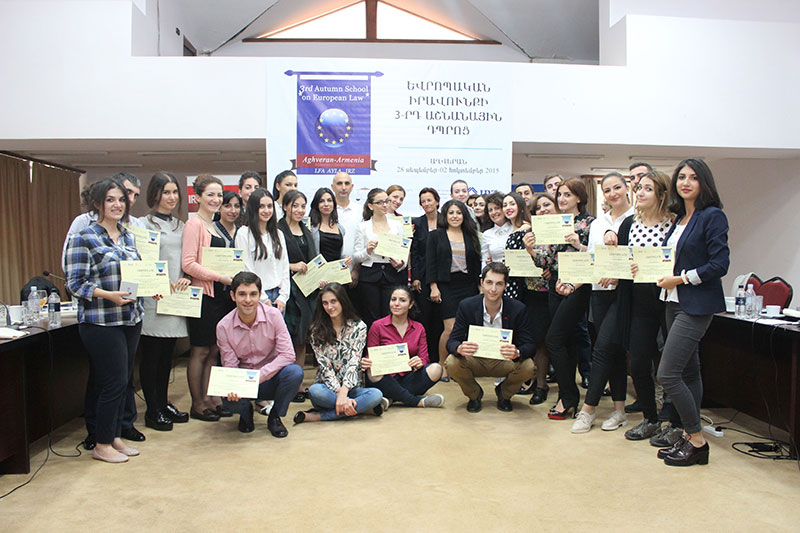 As had been planned, Armenia acceded to the Eurasian Economic Union (EAEU) in 2015, the other members of which are Russia, Kazakhstan, Kirgizstan and Belarus. This means that Armenia has turned away from the EU in terms of economic and security policy, whilst the country is nonetheless maintaining its relations with Europe and striving to bring both aspects into harmony.

Armenia continues to be highly dependent on Russia in economic terms. A large share of foreign investment comes from Russia, and major sectors such as energy and telecommunication are also dominated by Russian companies. The collapse of the Russian economy in the last year as a result of political developments was also felt in Armenia. The Government's announcement of energy price increases in the summer led to massive protests within the population, involving sit-down blockades and protest marches which went on for days, but which faded away again after a few weeks.

The commemorative events concerning the incidents which took place in Turkey 100 years ago also attracted considerable attention in Armenia in 2015. Its international recognition as genocide is a major concern for the Armenian people.

The resignation of the Justice Minister Hovannes Manukyan in July was surprising news with regard to the IRZ's specific project work. During his 14 months in office, he had pushed forward the reforms in the legal field, and he had been highly supportive of the IRZ's cooperation projects.

The IRZ has worked with the country's most important judicial institutions in the past five years of cooperation with Armenia. The most important partners continue to include the Ministry of Justice, the Court of Cassation, the Law School of the State University of Yerevan, as well as the Armenian Young Lawyers Association (AYLA). The IRZ obtained the Armenian Bar as a new partner in 2015. Two-day specialist discussions took place with the Bar at the end of this year on topics related to professional ethics in cooperation with the Federal Bar (BRAK). Possibilities for future cooperation were also discussed.

Since the IRZ is concerned to promote regional cooperation, it furthermore organised a roundtable discussion at the end of the year in Tbilisi between the Bars from Armenia, Georgia and Germany, to which the Armenian Bar sent five representatives.

Furthermore, the IRZ held a further training seminar for lawyers on the ECHR and on the modalities for lodging an application with the ECtHR. All events benefiting Armenia's legal profession were funded by the Federal Foreign Office.

However, cooperation with the Ministry of Justice shaped the IRZ's work with Armenia in 2015. The project on the drafting of a new Penitentiary Code that had been started in the previous year was continued. To this end, the working group which was assigned by the Armenian Ministry of Justice to draft the Code met the IRZ expert in Yerevan several times in order to work out a concept for the Act and to discuss central points. These discussions were continued during a one-week stay by the group in Germany and by gaining an insight into German practice while visiting prisons.

This year too, the IRZ's cooperation also focussed once more on the basic and further training of young lawyers by continuing the German language courses at the State University for law students. Furthermore, a guest lecture was held on juvenile justice within the Masters course on criminology. Finally, the IRZ successfully complemented the previous years' summer schools with a one-week autumn school on the ECHR for law students.

As to the political framework, it remains to be seen how the constitutional reform from a presidential towards a parliamentary system, which had been planned to take place in 2015, will affect the judicial reforms in Armenia and how the reforms will be furthered in the judicial field under the new Justice Minister, who has been in office since September 2015.