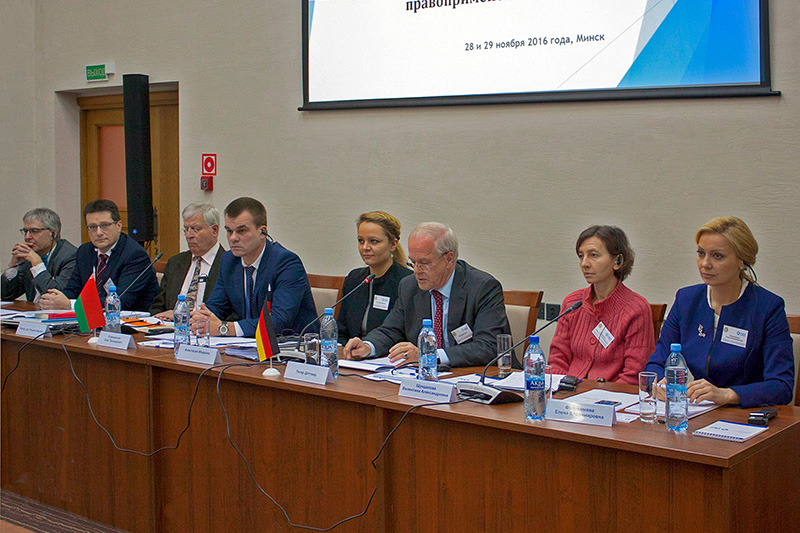 At the suggestion of the German Federal Foreign Office and in close cooperation with the German Federal Ministry of Justice and Consumer Protection, the IRZ took first steps in the reporting year towards once again resuming its cooperation with the Republic of Belarus, which was discontinued at the end of 2012 due to the political framework conditions at the time. For this purpose, discussions were conducted in Minsk in mid-2016 to establish whether there is a requirement for and an interest in legal advice. Great interest was shown by the potential Belarus cooperation partners, which the IRZ has not been able to meet in full in the reporting year. The intention is in particular to cooperate with the Ministry of Justice and the President of Belarus’s Centre for Legislative Activity, the Constitutional Court and the Supreme Court, as well as lawyers and notaries.

The intention is to intensify cooperation with the Republic of Belarus in the forthcoming year. The issues of legislation and access to justice will continue to be of fundamental interest and may be supplemented by specific advice on particular reform projects. Practice-oriented cooperation with the Supreme Court and the Constitutional Court will be on the agenda, as well as the continuation of the cooperation with lawyers which has already started. In addition, the IRZ will resume its cooperation with the notaries in Belarus.