Bosnia and Herzegovina: Libraries as important interfaces for legal cooperation 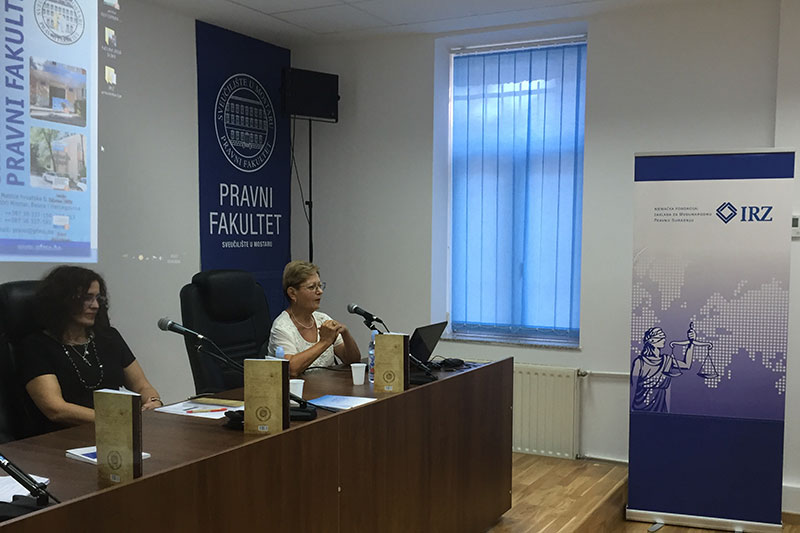 Speakers at the conference on the podium

The use of German law as a point of reference for legislation and for the application of the law requires as full access as possible to German law. Well aware of this, the IRZ is continuing its cooperation with the "South East European Association of Law and related Libraries" with a conference held on 15 and 16 September 2016 on the subject of “The influence of the German legal tradition on law libraries and library stocks". Another topic was the exchange of experiences between the network of libraries. The event was organised jointly by the University of West Mostar and the Kemal Bakaršić Foundation, named after the librarian from Sarajevo who died in 2006.

Representing the organisers were:

People came from Bosnia and Herzegovina, Croatia, Serbia and Slovenia to participate in the event

Discussions focussed on the role played by law libraries in the era of digitalisation and globalisation. The intense discussions on this subject were stimulated by a keynote by the former Library Director at the Max Planck Institute for Comparative and International Private Law in Hamburg, Prof. Dr. Holger Knudsen. In his speech, he suggested that easy access to literature via the Internet has also led to significant changes in the role played by libraries and the experts working in them.

At the event, as well as discussing the objectives of the exchange and enhancing current stocks, an impressive review of German law literature in the libraries of the participating countries was also carried out. It also became clear that libraries in South-East Europe not only use German legal databases, but that they also evaluate this use.

During the expert presentations, many interesting and yet little known historic details also came up. For example, the large quantity of historic German law literature in Serbia is due to the fact that the German Reich paid a proportion of its reparation payments after the First World War in legal literature. This was of great interest, since Serbia had already used German law for guidance earlier in its history. Towards the end of the 19th century, for example, the Serbian government had financed research visits made by promising young experts to Germany, where they graduated in German law in the German language.

The commitment of the IRZ in the field of legal publications and libraries was also widely acknowledged during the event, for example the IRZ Library of German Law at the Law Faculty of the University of Sarajevo.

The conference was also topic in various media. Even the public TV of the Federation of Bosnia and Hercegovina broadcasted a report in its news: U Mostaru otvorena konferencija bibliotekara iz regije.

From 15 to 17 July a three-day introductory seminar for the new students of the supplementary study course in German law took place in Sarajevo. The IRZ and the Faculty of Law of the University of Sarajevo jointly offer this supplementary study course. The topic of the seminar, which like all lectures and seminars of the supplementary course was held in German, was an introduction to German history and culture. This will help the students gain a better understanding of the following legal seminars, in particular with regard to the German state structure.

What was special about this year’s seminar was that also six German-speaking students from the Faculty of Law in Belgrade participated in the course. The participation of Serbian students came about through contacts made during this year's IRZ German Law Summer School in Brühl, Germany.

The seminar covered a very wide range of topics. It dealt with the historical roots of German federalism as well as National Socialism and its historical reappraisal. Further topics were the influence of Luther’s translation of the Bible for the German language, the Carolingian renaissance, Goethe’s “Faust” and Lessing’s “Nathan der Weise” (“Nathan the Wise”). During this last discussion links to current issues in Bosnia and Herzegovina with its three ethnical groups, also differing with regard to religion, could be found.

The seminar was complemented by giving an insight into modern everyday culture. “Sandmännchen” (“Little Sandman”, TV evening programme for young children) and “Augsburger Puppenkiste” (German puppet theatre and TV programme for children) as well as lyrics by Udo Lindenberg were discussed. Dealing with such a great variety of topics was made possible by using audio-visual learning material. Moreover, extensive reference was made to further sources easily available on the Internet.

The evaluations by the participants, in which some of them gave comprehensive comments, proved that the concept of the seminar was suitable for the target group. One of them stated, for example, that “it (is) not enough to study the language and the legal system of the country. You only get a more comprehensive view if you gain an insight into the whole life style of the country.” He concluded his comment with the words that he was “very enthusiastic to discover more about Germany on my own.”

Building on these first positive experiences the IRZ will regularly organise joint seminars for the students of the legal faculties of Sarajevo and Belgrade in the future. 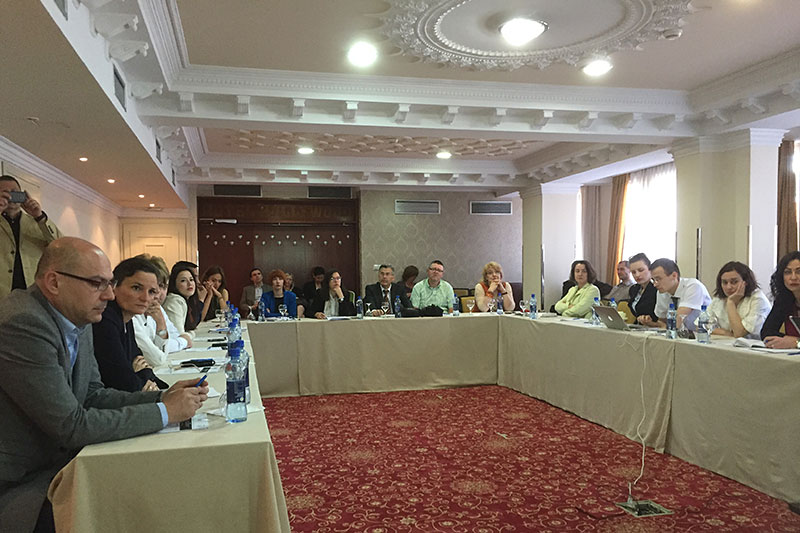 The seminar on the "Protection of rights for mobbing and discrimination in labour law", organised by the IRZ alongside the organisation "Vasa Prava" (Your Rights), took place in Sarajevo on 8 June 2016. Vasa Prava is an organisation that is active nationwide and advises and represents people or group members who are particularly threatened by discrimination.

Participants from the business and academic worlds discussed problems with the application of new legal provisions in Bosnia and Herzegovina. The relevant German case law, which can serve as orientation and supporting argumentation for controversial cases, was also introduced.

As well as procedural topics, e.g. onus of proof and reverse onus, questions brought about by unclear legal regulations were also raised. One example of this is that the provisions of the new labour law, which is the more recent as well as the more specific law, are less favourable to protection against discrimination as the provisions of the general anti-discrimination law, which has existed for a long time already.

Practical groups of cases also came up, such as preferences shown by employers through nepotism to people belonging to a certain political party.

The IRZ has been working with Vasa Prava for almost a decade now.