The wide range of subjects covered by the speakers meant that the event presented a broad variety of information. This and the involvement of Faris Vehabovic as a judge at the Strasbourg Court led to lively discussions and a comprehensive exchange of points of view.

Seminar on German labour law in the local language 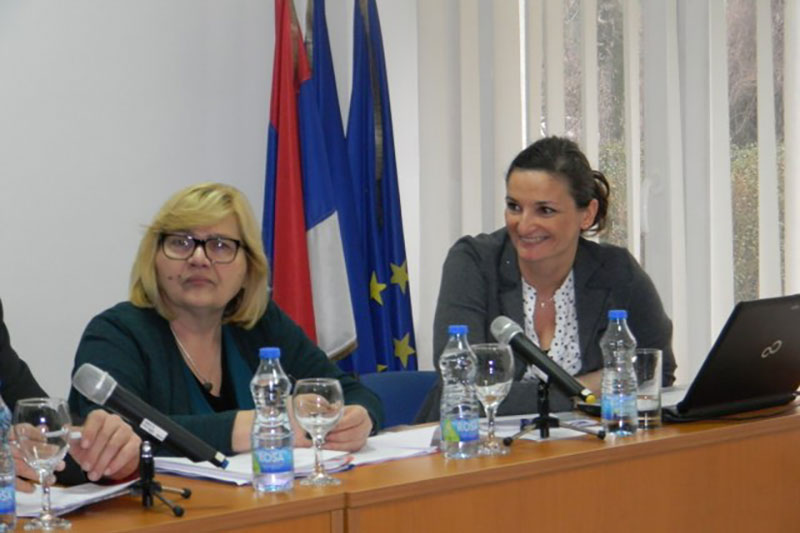 On 18 February 2016, the IRZ held a seminar on "Labour law with a special focus on mobbing" at the Judicial Training Centre in Banja Luka in the Republika Srpska. The event was based on the fact that labour law, which in practice is particularly significant, has to deal with the conflict between the conventions left over from the socialist era and the Manchester capitalistic conduct of some employers in the transition states of South-East Europe. At the same time, EU law also has a considerable influence here. The latter has led to the fact that in these states, judicial practice for new legislation often has to be developed first. Orientation towards German case law is a great help here, as it is with regards to legal certainty and the standardisation of case law.

The speakers at the seminar were Nevenka Mitrić, Regional Court (Okružni sud) judge in Banja Luka, and Berlin lawyer Dr. Karolina Mihaljević Schultze. The latter originally comes from Bosnia and wrote a thesis on the law of the region at Freie Universität Berlin. She gave her lecture in the local language. This meant that subsequent discussions could also take place without any language barriers and these were direct and particularly intense.

This seminar in Banja Luka is a good example of the meaningful use of bilingual speakers, who understand German law and that of the partner countries in equal measure. This allows the speaker's experience of German law and German legal practice, which can be directly applied thanks to comparable legal provisions, to be conveyed in a way that is targeted towards the audience.

Like those in the Federation of Bosnia and Herzegovina, the Judicial Training Centre in the Republika Srpska is a long-term project partner of the IRZ.

Success for "Day of German Law in Bosnia and Herzegovina" 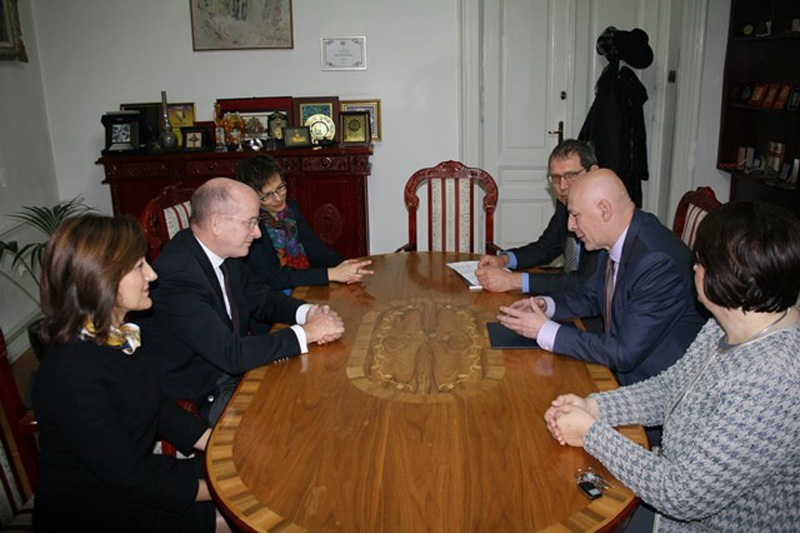 The seventh "Day of German Law in Bosnia and Herzegovina" was held in Sarajevo on 11 December 2015. This series of events, which has been organised since 2009 by the IRZ and the German-Bosnian-Herzegovinian Lawyers' Association (DBHJV), together with a different faculty in the country each year, regularly sheds light on the similarities and interactions between the law in Bosnia and Herzegovina, as well as in other states in the region, and German and European law.

Participants in this year's event at the Faculty of Law in Sarajevo included, as well as many students, academics and practitioners, high-ranking representatives of IRZ project partners. Amongst these, for example, were the Presidents of the Constitutional Court of Bosnia and Herzegovina and of the Chamber of Notaries for the Federation of Bosnia and Herzegovina.

The welcome address in the Faculty of Law's Ceremonial Hall was delivered by the host, Rector Prof. Dr. Muharem Avdispahić, and was followed by a highly-regarded contribution from the German Ambassador, Christian Hellbach, who also addressed the current threats to the constitutional state in Bosnia and Herzegovina. He pointed out that the regional approach of this event is in harmony with the objectives of the "Berlin Process", which aims to bring the Western Balkan countries closer to the EU, partly by increasing the professional cooperation between each of these countries, which do not yet belong to the EU.

Some of the topics covered during the seventh "Day of German Law" included:

The event, which was widely covered by the local media, was also the occasion to present the five-year bound version of the regional legal journal, "Nova Pravna Revija", which thanks to an additional bilingual index section and special German language abridged editions makes research work easier and also gives German-speaking readers a deeper insight into the wide spectrum covered by this newspaper. Dr. Dr. h.c. Christa Jessel-Holst, a former speaker on South-East Europe at the Max Planck Institute in Hamburg, points out that the journal has developed impressively over the past five years to become a comprehensive regional medium.

The index and German abridged editions for all the issues of the NPR published between 2010 and 2014 are available for download from the IRZ website: All editions of the NPR 2010-2014 along with detailed index.