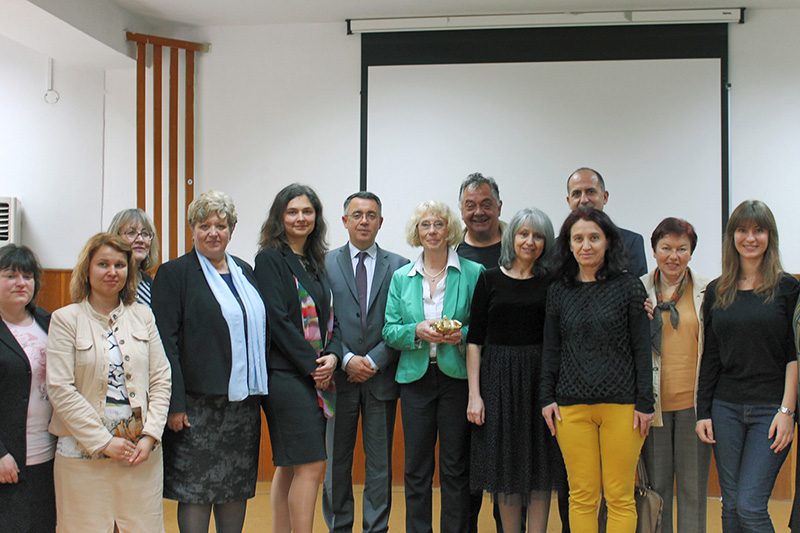 The IRZ has supported Bulgaria in the establishment of democratic structures in conformity with the rule of law since the year of its foundation in 1992. Whereas the cooperation in particular focused on the establishment of an independent, functioning judiciary at the outset, this changed in view of the country’s accession to the European Union and then concentrated on the harmonisation of the national legal system with EU law. Consequently, in the years prior to accession seminars and further training events were in particular held in the fields of European law, human rights and constitutional law. As Bulgaria still displayed certain deficits in the judicial sphere as an EU Member State, the IRZ continued its cooperation with Bulgaria and in particular concentrated on the basic and further training of lawyers in this context.

In recent years, the IRZ has gradually reduced its commitment in Bulgaria to the cooperation with German-speaking academic high schools in the sphere of democracy and law teaching. The continuation of this project seems meaningful, in particular in view of sensitising the young Bulgarian population about democracy and the rule of law. At the same time, familiarity with German law can be encouraged by this. In this way, the IRZ can make a contribution towards a strong and functioning civil society. With the support of the Bulgarian Vice-President Margarita Popova, several teaching units in “Democracy and law” were successfully taught at German-speaking academic high schools in recent years.

In the course of the EU Action Grant for the implementation of the EU Directive on victim protection which the IRZ has carried out since February 2016 in cooperation with Bulgaria, Romania and the Weißer Ring, the IRZ also maintains the well-established contact with the Bulgarian Public Prosecutor’s Office which has been built up over the years and in this way continues to support Bulgaria in the implementation of European law.

The IRZ will also conduct two to three courses in “Democracy and law” at German-speaking academic high schools in 2017. Due to the high resonance of the events, which are also regularly reported in the regional Bulgarian media, a continuation appears to be objectively meaningful and effective. In addition, the IRZ will implement the EU Action Grant project in the victim protection sphere together with the Bulgarian, Romanian and German partners.