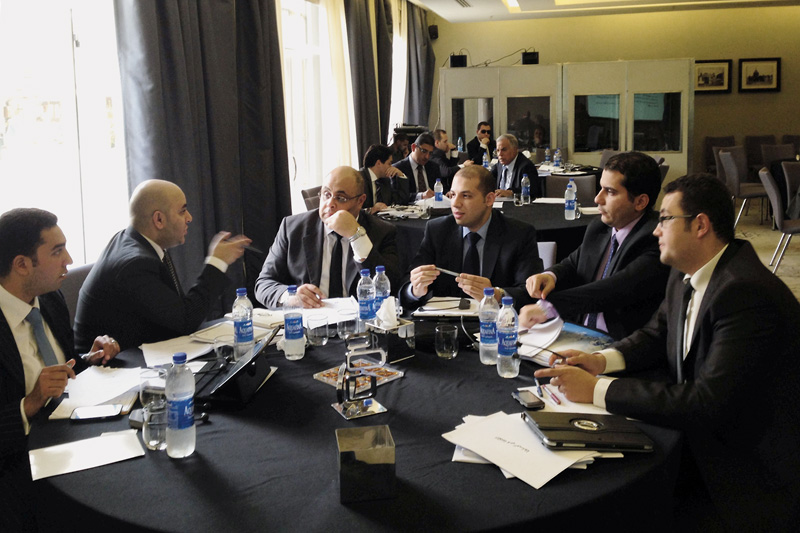 The renewed and in some cases dramatic upheavals in Egypt confronted international cooperation with questions relating both to principles and to practicalities, and not only for the IRZ. Because of the mass demonstrations which took place in Cairo in the second half of the year, in which there were large numbers of casualties and injuries, the venue was moved from the centre of Cairo to the outskirts. In close coordination with the Federal Foreign Ofἀce and the Federal Ministry of Justice, the IRZ opted as a matter of principle to continue cooperation at expert level after the events which took place in July 2013. The reform process therefore continued to be supported with the aid of German expertise in terms of content, albeit without protocol requiring high-ranking political representatives to attend. It is important to underline in this context that the rule-of-law cooperation provided by the IRZ is carried out in a po-litically objective, but certainly not neutral manner. This means that the dialogue is not regarded as being a value-neutral exchange, but always insists on adherence to internationally-recognised standards.

The events that were held on the topic of transitional justice were an important occasion in this context. The IRZ's representatives have consistently underlined the principle that, according to the rules of the United Nations, each country must develop its own concept of transitional justice, taking the respective particularities into account, but that it is simultaneously indispensable for all convict parties to be involved in this process.

Moreover, training courses were held in rhetoric and teaching method-ology for judges working in training and events on international law concerning parent and child matters in cooperation with the interna-tional social service (ISD). Furthermore, an Egyptian delegation took part in an event organised by the IRZ on international civil law cooperation which took place in Tunis in cooperation with the Permanent Bureau of the Hague Conference. Equal importance also attached to an event on the subject of recovering stolen and otherwise misappropriated assets in Cairo with forty senior participants from the judiciary and the Ministries of Egypt and Tunisia. At this event, two speakers from the Federal Minis-try of Justice as well as from the Federal Ofἀce of Justice explained the requirements of bilateral and international mutual assistance requests using typical practical examples.

The regional concept was also stressed by a German-Arab judicial fo-rum that was organised in Magdeburg and Berlin. Judges and senior ministerial oficials from Tunisia and from Egypt debated together with their German colleagues on requirements and strategies of sustainable change towards an improvement in the respective rule-of-law standards. Even if the Eastern German experience in this context cannot necessarily be transferred to the situation in Egypt and in Tunisia, in particular visits to a local judicial centre and a prison nonetheless provided valuable ins-piration for approaches in the Arab partner states. The modernisation of the judicial administration provided a further topic. There was particular interest in the digitalisation of legal transactions. Even if the infrastructure in Egypt still needs to be developed in this regard, preparing for this in good time and access to information on coming technological trends and needs are a major concern on the Egyptian side.

The IRZ also continues to pursue its existing strategy by constantly involing the Egyptian partners in designing the programme, treating them as equals and working together with them on an equal footing. Civil society, and in particular the non-governmental organisations in the ἀeld of women's rights, are to be more closely involved in future activities.