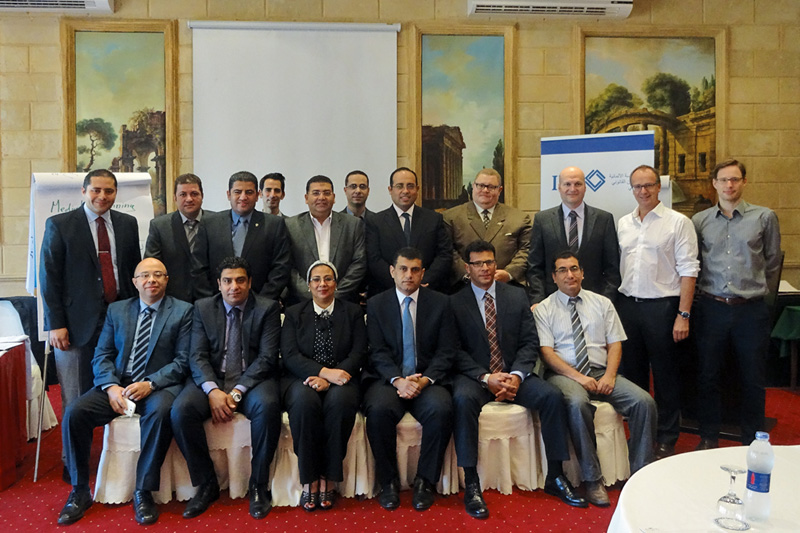 The setbacks which took place in the development of the rule of law in Egypt in 2014 have posed several challenges to the IRZ and given rise to fundamental questions. This applies to the imposition of hundreds of death penalties and long prison sentences on members of the Muslim Brotherhood and of the Freedom and Justice Party in trials which were questionable in terms of the rule of law, as well as the sentencing of journalists to long prison sentences. Moreover, the interference with the work of civil society organisations deserves criticism. The principles of the IRZ also apply to cooperation with Egypt against this background: The project work and consultation services are carried out in a politically objective, but not neutral manner when it comes to the maintenance of internationally-recognised rule-of-law and human rights standards and principles.

The IRZ takes a clear stance on the values associated with the rule of law, on the principles of criminal proceedings based on the rule of law, as well as on the principles of freedom of the press, opinion and assembly linked to its mandate. Consequently, in agreement with the Federal Foreign Office and the Federal Ministry of Justice and Consumer Protection, it was decided that the democratic process in Egypt should be supported by paying increased attention to civil society organisations. The IRZ therefore also implemented several events for representatives of civil society organisations in 2014. This cooperation is to be continued and stepped up in the coming years, always depending on the political situation and development.

The IRZ continued its existing cooperation with the Egyptian Ministry of Justice in 2014. Judicial mediation was a new, future-orientated pillar of the programme here, since a draft Bill to Introduce Mediation by Judges in Civil Law is to be adopted in 2015. The Act is to relieve the burden on the Egyptian judiciary and to structure it in a more modern, effective manner. Fifteen Egyptian judges received basic training in court mediation in a pilot project.

The IRZ also gave advice in 2014 on the fight against organised crime, consideration being given to human rights aspects, continued the training courses in teaching methodology and rhetoric for judges, which had been begun in 2013, and turned to questions related to commercial law. Together with Tunisian colleagues, Egyptian judges took part in an internship in German courts. Initial events in the field of women’s rights with representatives from civil society organisations have proven to be particularly successful. Two seminars were held in Cairo in cooperation with the German Bar Association and the German Women Lawyers Association, as was a study visit to Berlin, where the Egyptian participants met with Members of the German Bundestag, amongst others, and visited various women’s projects in Berlin.