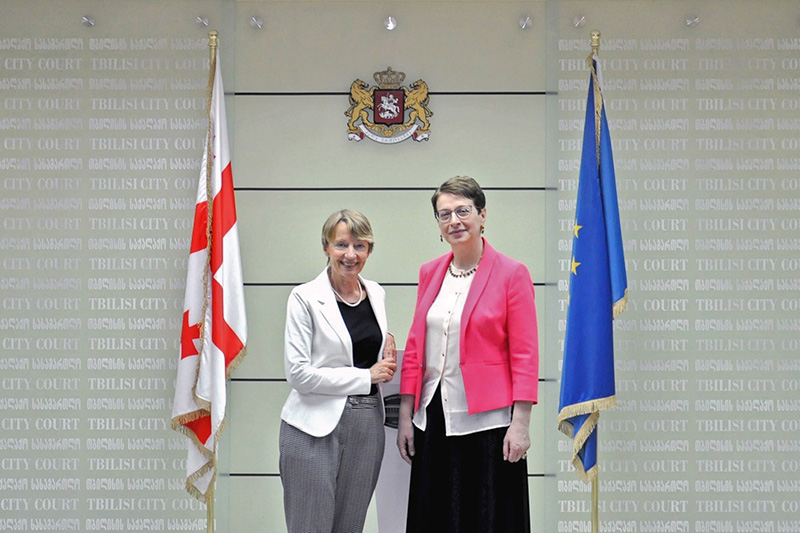 Parliamentary elections took place in Georgia on 8 October 2016. The pro-west government party “Georgian Dream” was reconfirmed in office with 50 % of the votes cast. The opposition party “United National Movement” achieved just 26 % of the votes and is the second strongest party in the Georgian Parliament. The new government, which in part represents a continuation of the old government, was constituted in November. The Minister of Justice, Tea Tsulukiani, also remains in office.

Georgia remains on a course of consistent reform and has for several years rightly been considered as one of the most progressive countries within the Eastern Partnership with regard to democratic structures, political stability and pluralism. The country plans to consistently pursue this reform policy. In the field of justice, the government’s aims continue to include the reformation of the legal and the judicial system, compliance with European standards in national law and the strengthening of an independent judiciary.

The IRZ works in Georgia on the basis of a Joint Declaration between the German Federal Ministry of Justice and the Georgian Ministry of Justice. In this context, criminal law and the implementation of international agreements into national law have been defined as the most important topics. Most of the activities currently take place in the criminal law field. In addition to consultation on individual amendment projects for the relevant legislation, most recently on the Code of Criminal Procedure, the IRZ devotes itself to the improvement of case-law in criminal proceedings, investigative activities of the Georgian Public Prosecutor’s Office in conformity with human rights and proper representation by criminal defence lawyers. This aim is served by cooperation with judges at various Georgian courts who are intended to develop a close network with German courts. Similarly, Georgian lawyers are reached through further training and specialist conferences. The Georgian side considers practice-oriented specialist exchanges with German colleagues very important.

Last but not least, the IRZ also promotes the exchange between Georgian and German academics on the further development of criminal law and the further assimilation of Georgian to European standards.

In 2017, the projects will mainly follow up on the work to date. For example, the aim is to complete the handbook of criminal procedure for the judiciary mentioned above, a measure designed to improve the quality of first-instance criminal judgments. Closer support for reforms in the correctional system is intended, if possible. This sphere remains subject to significant changes. The competent Ministry of Correction, the Training Centre PPTC belonging to it, and the Probation Agency have requested further support, for example in the sphere of women’s and juvenile prisons. In addition, the continued tenure of the Minister of Justice beyond 2016 offers the opportunity to further develop the existing cooperation with the Ministry.