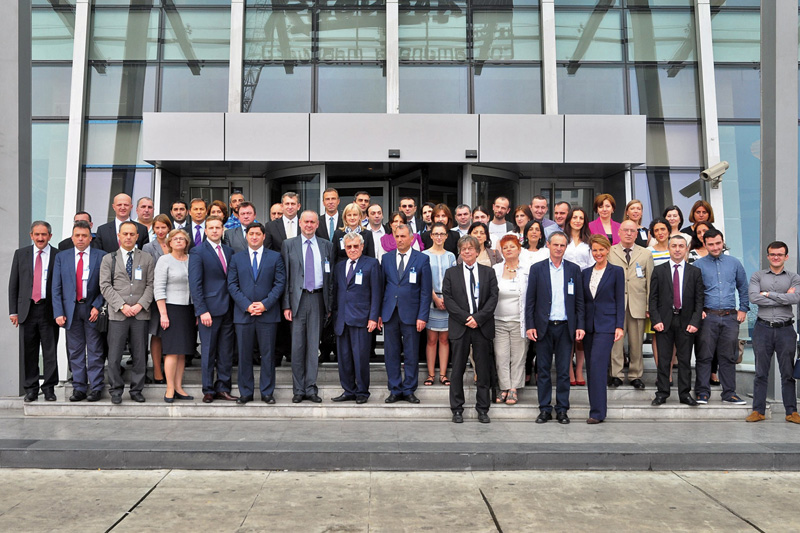 Regional conference on protection of privacy in Batumi, Georgia

Georgia is continuously following a course of approximation to the EU, and is striving to keep to a course of political and economic reform. A major success on this path was the signing of an Association Agreement with the EU in June 2014. Its implementation poses a major challenge for the Georgian Government, which it is facing with a considerable willingness to reform, and that despite a certain amount of domestic policy turbulence carrying on into 2014. Topics on the reform agenda include: independence of the judiciary, modernisation of the legal administrative bodies, the fight against organised crime and protection of human rights.

Georgia’s clearly European orientation however proves potentially problematic when it comes to its relations with Russia. Major scepticism was expressed in the country on learning that Russia had concluded a “Treaty on Alliance and Strategic Partnership” with the breakaway province of Abkhazia in November 2014. This treaty, which ties Abkhazia even closer to Russia than before in military, political and economic terms, is a significant stumbling-block on the unresolved conflict between Georgia and Abkhazia, as well as for the already fragile relations between Georgia and Russia.

The IRZ has been working since 2006 with governmental and nongovernmental institutions in the country on the basis of a joint agreement between the Georgian and German Ministries of Justice. In order to update this agreement, in December 2014 Federal Minister Heiko Maas and his Georgian counterpart Tea Tsulukiani signed a letter of intent for further activities until 2017 to strengthen the Georgian judiciary. The objectives are to bring about greater stability and promote both the rule of law and respect for human rights.

A further important area of work concerns cooperation with professional associations, particularly the Georgian Bar Association. An exchange of information has been taking place for many years with the Federal Bar (BRAK), with support from the IRZ, and this has shown a gratifyingly dynamic development in 2014, with specialist discussions taking place at the BRAK in Berlin and a conference for lawyers being held in Tbilisi.

The third major topic is improving judicial education. Against the background of the particular proximity of the Georgian legal system to German legal tradition and the large number of young lawyers with experience of studying or working in Germany, there is a considerable amount of interest in the German case-orientated teaching and work methodology. This is imparted within a variety of projects. Georgia was also once more a major meeting point in 2014 in the context of regional and international IRZ events.

Additionally, the long-term projects with the IRZ’s central partners are to be continued: Support for the Georgian Bar Association, as well as cooperation with the Penitentiary and Probation Training Centre, the Office of the Public Prosecutor General, the Constitutional Court, the Georgian Young Lawyers’ Association (GYLA) and the Law School of Tbilisi State University (TSU). What is more, a new contact between Tbilisi Court of Appeal and Hamburg Regional Court will be added in February 2015 in order to sound out whether a long-term exchange of experience can be established on criminal law problems in judicial practice.