Legal Research Methodology for Georgia – Training of Trainers in Tbilisi 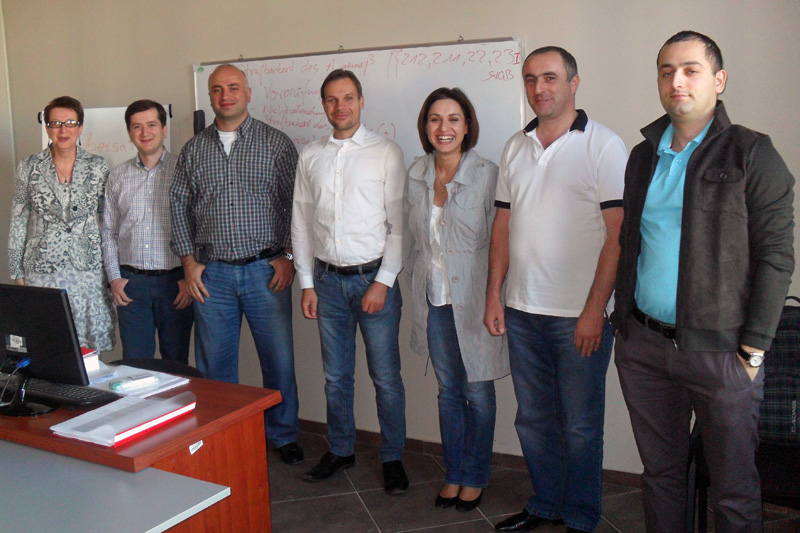 The participants of the training week

Major premise, definition, subsumption, result – the application of this structure and writing style of a legal opinion has been expected for decades from every German law student in the exam papers as of the first semester. The universities in Georgia do not prescribe a uniform methodology of solving legal cases, and so this is also unknown territory for most practitioners. Georgia's young case law in civil, criminal and administrative law is geared to the German law system which is characterised by a broad scientific discussion and historically grown interpretation methods in Germany. In Georgia, both is about to evolve.

As early as from 2011 on, Georgian and German law experts from science and practice have been working on a research methodology for Georgia in cooperation with the Georgian Young Lawyers' Association (GYLA), GIZ in Tbilisi und IRZ, and have compiled their results in a hand-out for each field of law. This groundwork was used as the basis for organising a training week in Tbilisi from 8 to 12 September 2013. There, life was breathed into the fundamentals of case-solving technique drafted in theory.

The training sessions scheduled as a pilot project were attended by up to five Georgian professors and judges each, who have made the project a full success with their outstanding commitment and interest in the case-solving methodology. They were tirelessly delving into the solutions in accordance with the Georgian law in small groups – always applying the scheme of the case-solving methodology, assisted by the German experts. In this process, the joint interest not only in internalising the structure and writing style of a legal opinion themselves but also in learning from the trainers' experience gained in imparting the methodology to the students was obvious, with case solutions being simulated and various kinds of marking exam papers being discussed.

The application of the structure and writing style of a legal opinion is still far from being compulsory in the syllabi of the Georgian universities. Due to the huge interest of the Georgian lecturers in this training, it can be expected, however, that a group is evolving which is convinced of this doctrine and wishes to pass it on to the next generation. Therefore there are many reasons to believe that the project has proved a success and should be continued. As the German law experts know best, the structure and writing style of a legal opinion can only become a matter of course by constant repetition also in Georgia.

Visit of Dr. Grundmann in Georgia 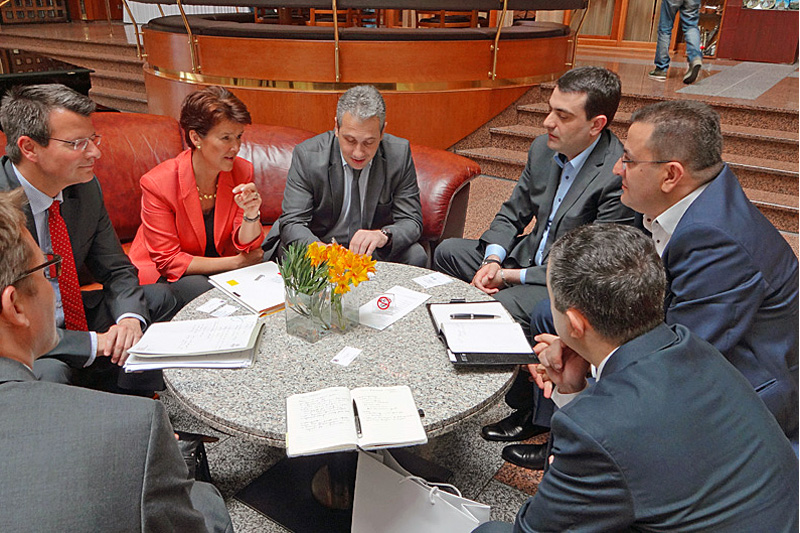 The State Secretary had meetings with the Deputy Minister of Justice, Mr Alexander Baramidze, her Georgian counterpart, with whom she discussed a renewal of the cooperation agreement between the two ministries concluded in 2006. During a meeting with the Minister of Corrections and Legal Assistance, Mr Sozar Subari, Dr. Grundmann obtained an overview of the reforms in the penitentiary system and in particular about the structural and personal reappraisal of the torture scandal which had caused great dismay beyond Georgia's boundaries in the run-up to the Georgian Parliamentary elections in September 2012. This also set the background for the meeting with the Georgian Chief Public Prosecutor, Mr Archil Kbilashvili, whose authority has been engaged in the investigations against members of the Georgian penitentiary system since the end of last year, with support from the IRZ. In a meeting with representatives of the Georgian Parliament, Dr. Grundmann was able to gain an impression of the political climate in Georgia. At the German Embassy she met the Deputy Head of Parliament, Ms Manana Kobakhidze, as well as the Chairman of the Committee on Legal Affairs, Mr Vakhtang Khmaladze. Both dialogue partners highlighted the particular importance of upholding human rights in Georgia. Fundamental issues such as the independence of the judiciary, which is currently the subject of heated debates in Georgia, play a great role in this context. Meetings took also place with the President of the Supreme Court of Georgia, the Deputy President of the Georgian Constitutional Court, representatives of the Georgian Chamber of Lawyers, the Bar Association and scientific academia. Since there are still many Georgians who learn German and go to Germany on study and field trips, it was often even possible to exchange opinions without the assistance of an interpreter.

Since the change of government in Georgia in October 2012, a new dynamism has evolved in the Caucasian state towards the implementation of legal reforms and intensifying support in the rule of law. The Georgian Minister of Justice, Ms Tea Tsulukiani, in particular, assumed her office expressing her commitment to fundamental reforms. With her visit, Dr. Grundmann emphasised Germany's interest in these developments and reaffirmed the willingness of the Federal Ministry of Justice, as well as of the IRZ as its implementing organisation, to provide support.