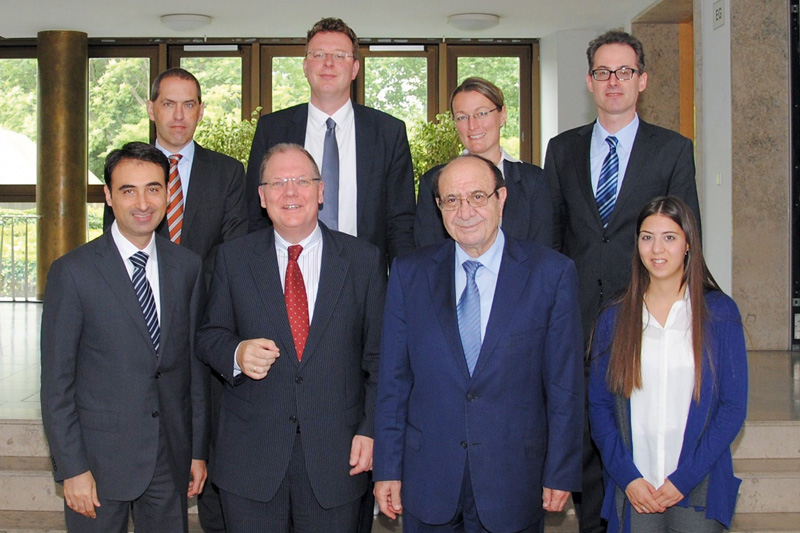 The Hashemite Kingdom of Jordan continues to enjoy relative political and economic stability in the Middle East Region and is making committed and constructive attempts to support peace initiatives for the region. This is vital for Jordan given that it borders on Syria, Iraq and particularly also Israel and the Palestinian Territories. The efforts that are underway in order to modernise the country, as well as in favour of domestic reforms, are being actively promoted by King Abdullah II. These reforms led for instance to the establishment of a Constitutional Court in October 2012, which commenced operations in January 2013, as well as to the parliamentary elections in January 2013, in which the Election Act, which was amended in 2012, was applied and which were implemented by an independent election commission. The country however continues to face major political, economic and social challenges, and these are exacerbated by the Syrian crisis and the numbers of refugees, which are massive in comparison to the size of the Jordanian population.

The IRZ has been advising the institutions in the Jordanian judiciary in various legal fields for eight years now. Right back at the initial stage, cooperation in the bilateral field was supplemented by projects that were supported by the EU, thus broadening the spectrum of consultation. A project on human rights protection in the judicial system, in the implementation of which the IRZ was involved from 2008 to 2010, led to close, regular cooperation with the Judicial Institute of Jordan (the Jordanian Judicial Academy), in the context of joint further training events for the judges of all branches of the judiciary, as well as for the public prosecution offices. A new cooperation partner for the IRZ is the Constitutional Court which was established in 2012. Since the court’s activity is still in its infancy, support and consultation are highly welcome. Jordan is also increasingly involved as a partner country in multilateral IRZ events. This has led in the past for instance to new working contacts being established with Members of the Jordanian Parliament. A successfully-implemented project on the reform of the prison system in Jordan has facilitated the establishment of very good, close cooperation with the penitentiary authority, which is affiliated with the Jordanian Ministry of the Interior.

The IRZ will continue to focus on constitutional law in 2015, and will continue to cooperate with the Jordanian Constitutional Court. There will be joint further training events with the Jordanian Judicial Academy. The IRZ will also be supporting the Judicial Academy’s training with events on judicial independence and impartial administration of justice. After the successful conclusion of the EU third-party-funded project on the reform of the penitentiary system, the IRZ has continued to work bilaterally on this topic since February 2014. This work will also be continued in 2015. The EU-funded “Euromed Justice III” regional project will also have been implemented by March 2015, in the framework of which the IRZ provides advice on civil and criminal law issues. There will be new cooperation with the Administrative Court and the Supreme Administrative Court, which has only just begun in each case.