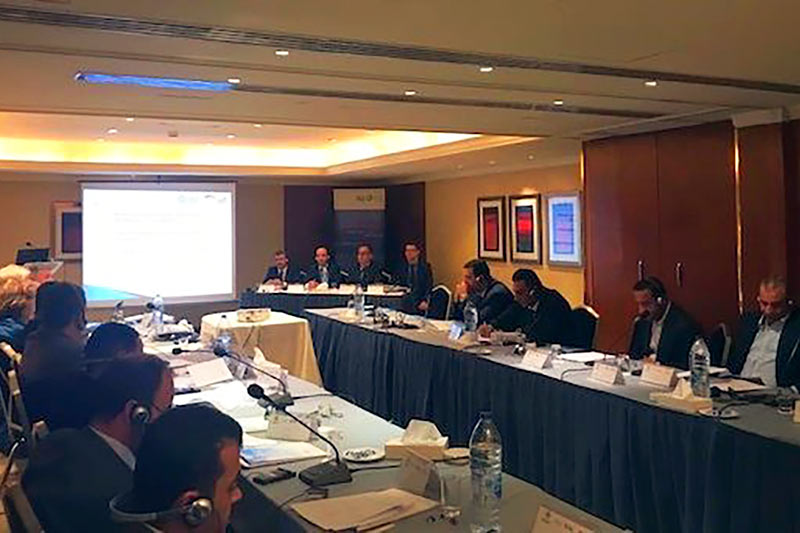 On 20 and 21 April 2018, the IRZ together with the Office of the Public Prosecutor General in Amman organised a seminar on “Fighting organised crime” to exchange experiences on the fight against terrorism, money laundering and human trafficking on a national and international level. The event was part of a project supporting judicial training as a stabilising element of the rule of law in Jordan, which started in 2017 and is supported by the German Foreign Office as part of the Transformation partnership.

The seminar used German practices to show the potential for applying international standards to the fight against terrorism, money laundering and human trafficking. Within these main focal points, the lectures dealt with the applicable legal framework in each case, the role of criminal investigations and the strategies used by both countries to combat terrorism, money laundering and human trafficking.

The Jordanian participants included representatives from the Office of the Public Prosecutor General in Amman, as well as public prosecutors from other parts of the country. The event was hosted by judge Abdallah Abu Alghanam, Head of the District Public Prosecutor’s Office in Amman. Judge Hasan al Nsour, representing the Prosecutor General of Amman, reported on the investigation procedure and international treaties in this area. Jürgen Maurer, former Vice-President of the Bundeskriminalamt (German Federal Office of Criminal Investigation), and Hans-Dieter Hilken, former Head of the Crime Control Department at the State Office of Criminal Investigations in Rhineland-Palatinate, were the experts representing the IRZ at the two-day seminar.

The participants agreed on the need for extensive international cooperation when it comes to fighting these transnational phenomena. During the lively discussions, all sides emphasised the need for law enforcement authorities to specialise and the development of cooperation between the police and the justice system.

Tight deadlines for investigations and the large number of people involved make it difficult to solve these kinds of crimes in Germany. According to the participants, the main obstacles standing in the way of dealing effectively with organised crime in Jordan are the long duration of cases and uncertainties regarding areas of responsibility. Effective strategies for dealing with those involved in organised crime would include improving cooperation, joint training sessions for law enforcement authorities, clear responsibilities and legal regulations.

The active involvement of all participants in the two-day seminar was proof that the discussions inspired by the seminar were considered to be enriching. To conclude, the Office of the Public Prosecutor General of Amman thanked the IRZ for the extremely valuable exchange of experiences and expressed great interest in organising more events with a practical focus in this area. 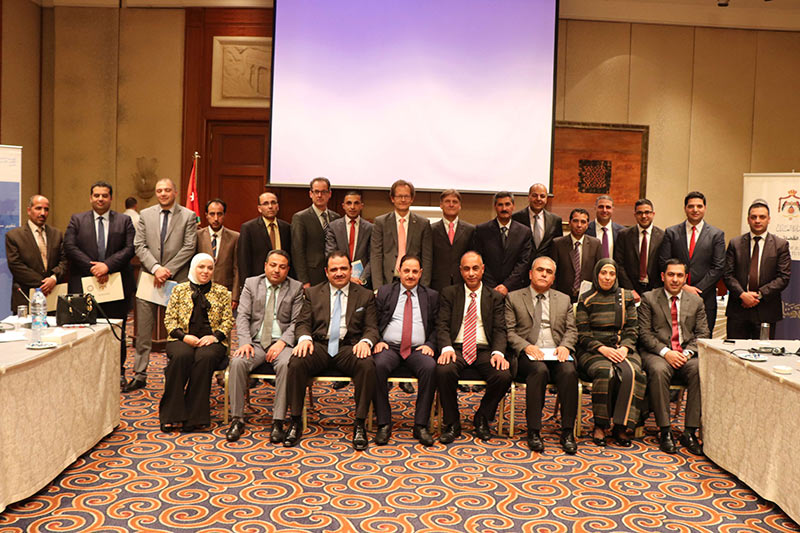 Experts and participants in the seminar

On 26 and 27 March 2018, the IRZ and the Judicial Institute of Jordan (JIJ) organised a seminar on “Soft skills for practising judges, focussing on questioning techniques”. The seminar took place as part of a Transformation partnership project supported by the German Foreign Office, which began at the end of 2017.

The seminar was attended by Jordanian judges and public prosecutors, who have several years’ experience as trainers at educational events held by the Judicial Institute of Jordan. The seminar was led by speakers participating on behalf of the IRZ, Dr. Arnd Weishaupt (a judge at the Higher Regional Court of Düsseldorf) and Uwe Stark (a judge at the local court of Siegen). Both experts are Train the Trainer specialists and are accredited trainers with many years of teaching experience in various IRZ partner countries worldwide.

The following areas of expertise were addressed during the two-day seminar in Amman:

The event followed an interactive approach throughout. This meant that the seminar was taught using numerous examples, experiments and role plays. All the participants took part with great interest and enthusiasm and so they were all able to make an active contribution to the success of the event.

Subsequent feedback from the participants and from the Judicial Institute of Jordan was also very positive.

Workshop on the prison system in Amman

From 19 to 21 December 2017, the IRZ and the Jordanian prison authorities organised a workshop on "Prison conditions in accordance with international standards and professional training and education for prison inmates". This took place as part of a transformation partnership project supported by the German Foreign Office, which began at the end of 2017.

The Jordanian participants included the management of the Jordanian prison authorities, the heads of all Jordanian detention facilities and the Director and employees of the training academy for Jordanian penal institutions.

One of the German experts taking part in the event was Susanne Gerlach, Senior Senate Councillor, Head of Department III Law Enforcement, Social Services and Grace at the Berlin Senate for Justice and Consumer Protection. Another German expert in Amman was Martin Riemer, Head of the Tegel penal institution. The event was divided into a workshop including expert lectures and discussions, followed by a professional visit to the Muwaqqar I prison, which is not far from Amman.

On the subject of "Prison conditions in accordance with international human rights standards from the perspective of German and Jordanian practices", the rules applied in the two countries (e.g. European prison regulations, UN Nelson Mandela Rules) and the individual procedures in the prisons of both countries were compared.

There was a widespread lack of understanding amongst the Jordanians of individual accommodation for prison inmates in the German prison system, even if the underlying concept could be understood in principle. Massive overcrowding in Jordanian prisons means that the Jordanian law enforcement system faces a major challenge when it comes to continuing to meet international human rights standards in prisons.

On the range of topics concerning professional training and education for prison inmates, on the other hand, it became clear that the general framework for professional training of prison inmates is totally comparable between German and Jordanian penal institutions. In the Jordanian prison system as well, participating in training and work programmes has a beneficial effect on the rest of the prison sentence (e.g. reduction of prison sentences).

During the visit to the Muwaqqar I prison, one of the five most modern closed prisons for male prisoners in Jordan, subjects of discussion included the process for dealing with Islamic extremists in the Jordanian prison system, as well as the issue of accommodation in accordance with international standards.

In Muwaqqar, a total of more than 300 extremists (all of whom are Jordanian citizens) are imprisoned. They are kept strictly separate from other prisoners in order to prevent any potential radicalisation of fellow prisoners. The Jordanian prison system has also developed a special "behavioural treatment programme" for Islamic prisoners involving contributions from social education workers, experts in religion and Imams.