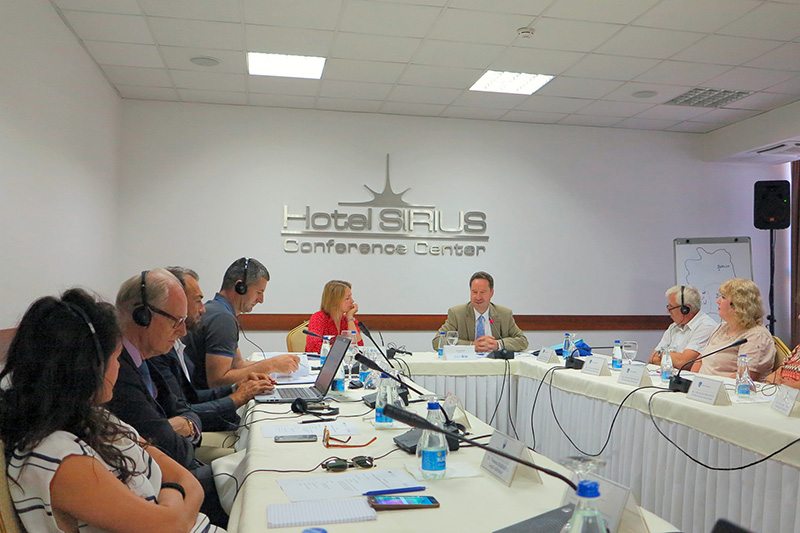 The current EU Progress Report for the Republic of Kosovo, which was published in the autumn of 2016, amongst other things attests Kosovo good progress in its reforms of the judicial system. Consequently, the Stabilisation and Association Agreement between the EU and the Republic of Kosovo, which was signed in October 2015 and entered into force on 1 April 2016, and constitutes the first contractual relationship between the EU and the Republic of Kosovo, may also be seen as a success. This Agreement creates an extensive set of rules for closer political dialogue and reciprocal economic relations. This represents an important further step towards assimilation with the EU for the Republic of Kosovo, which was declared to be an official accession candidate country by the EU Commission in 2008 with reference to UN Resolution 1244 (which leaves the final status according to public international law undecided). However, in its report the EU also points out that the judicial administration still does not yet work efficiently enough and that the judicial system faces political fluctuations. In addition to the fight against organised crime, the fight against corruption is one of the central issues repeatedly facing the young Republic. Although various mechanisms for the prosecution of corruption were amongst other things used at different levels and are acknowledged in the EU Progress Report, corruption remains a serious problem in many spheres of public life. Whereas the Kosovo government has undertaken much to fight corruption in the country with its anti-corruption strategy which continues in 2017, a strong political will to deal with this problem in an extensive way remains indispensable. The Minister of Justice, Dhurata Hoxha, who has been in office since July 2016, has announced that a new strategy for judicial reform will be prepared in order to make further progress with the reforms in future years.

Kosovo has been a partner state for the IRZ since 2001. In the past 15 years, numerous bilateral measures were organized and successfully implemented. In addition to measures in the bilateral cooperation, the IRZ also implements numerous EU Projects in the country (see page 104 et seq.). In the course of workshops, seminars, study trips and discussions, the IRZ intensified its existing contacts to partners like the Constitutional Court and the Supreme Court of the Republic of Kosovo, the Ministry of Justice and the Faculty of Law at the University of Pristina. In 2016, contacts were also established with the newly founded Kosovo Prosecutorial Council and UNICEF Kosovo.

As in previous years, bilateral cooperation with the existing partner institutions is also intended to be continued in 2017. Various projects are once again in planning with established partners such as the Constitutional Court and the Supreme Court of the Republic of Kosovo, the Faculty of Law of the University of Pristina and the Ministry of Justice. In addition, projects with new partners such as the Kosovo Prosecutorial Council or UNICEF Kosovo are also planned. In all probability, the IRZ will also advise the Kosovo Ministry of Justice on the drafting of a Civil Code. Initial discussions on this took place between the Kosovo Minister of Justice and the IRZ in Pristina at the end of 2016. Consultation is set to commence at the start of 2017.