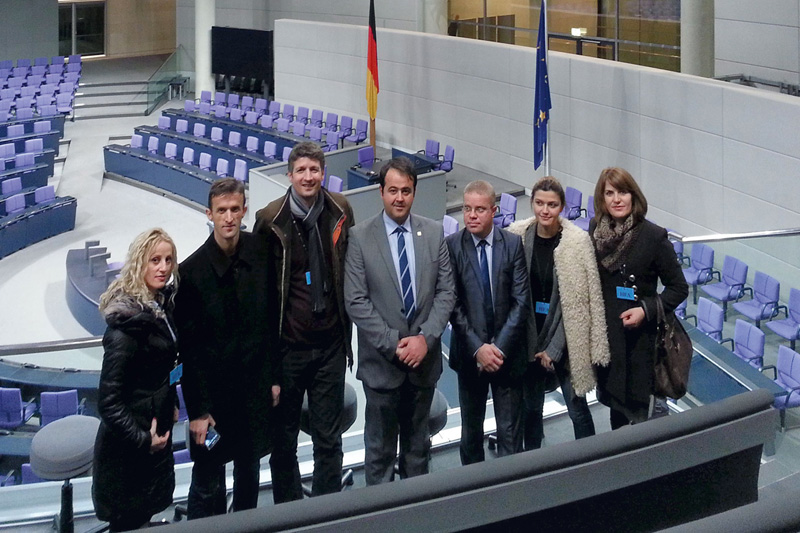 The Republic of Kosovo, which declared its independence in 2008, has now been recognised by the majority of UN Member States as an independent state, including by 23 of the 28 Member States of the EU and by the USA. The International Court of Justice found in July 2010 in a report which is not legally binding that Kosovo’s declaration of independence was not in breach of international law. Referring to UN Resolution 1244, which leaves open the final status under international law, the European Commission classifies Kosovo as a potential candidate for EU accession. Kosovo so far continues to be denied membership of the United Nations and of many other international organisations. After the 1999 war, Kosovo was placed under the administrative sovereignty of the United Nations (UNMIK). Since the end of 2008, the establishment of rule-of-law structures in a multiethnic state has also been supported by “EULEX Kosovo”, EULEX also having, within a certain framework, both mentoring, monitoring and advisory as well as executive powers with regard to the judicial field and the police. The mandate of EULEX 2012 was re-defined with a view to expanding the capacities of the Kosovo authorities, and was extended until June 2014 and reduced in its scope. The monitoring of the independence of Kosovo was ended in September 2012 and the International Civil Representative (ICR) was recalled in September 2012, after Kosovo had created the constitutional and legal framework necessary for this.

The EU’s current Progress Report for Kosovo shows 2013 to have been a historic year for Kosovo on its path to the European Union. Kosovo has complied with the demands that were made in the feasibility study in October 2012 for a Stabilisation and Association Agreement with regard to the rule of law, public administration, minority protection and trade. Negotiations for a Stabilisation and Association Agreement between the EU and Kosovo have now been commenced. With regard to compliance with the requirements ensuing from this Agreement, Kosovo must take further steps, including in terms of the rule of law, the judiciary, public administration, electoral reform, Parliament, human and fundamental rights, minority protection, trade and the Single Market. In this context, priorities will in particular also have to focus on combating organised crime and corruption, the issuance of security measures for judicial staff and parties to proceedings, reduction of the case backlog and compliance with provisions of procedural law.

The IRZ has headed a number of bilateral as well as third-party-funded projects and twinning projects in Kosovo since 2001. The past few years have been typified by intensive bilateral cooperation with the Constitutional Court, the Law School of the University of Pristina, the Kosovo Judicial Institute (KJI) and the Ministry of Justice. The intensive bilateral cooperation with the KJI was particularly beneficial to the sustainability of the “Legal Education System Reform” twinning project, which was successfully completed in 2012. The further operations for this project were taken over in 2014 by the third-party-funded project entitled “Further Support to Kosovo Legal Education Reform”, which commenced at the end of 2013. The IRZ is the senior partner of this project. Moreover, the implementation of the twinning project entitled “Strengthening International Legal Cooperation” was successfully concluded in 2014. Two further twinning projects have been in the implementation phase since 2014.

The bilateral collaboration with the previous partner institutions is to be continued in 2015. The IRZ would particularly like to continue to support the Constitutional Court in establishing a separate constitutional court system in Kosovo. Enquiries have already been received for seminars and workshops. The IRZ will also concentrate on cooperation with the Law School of the University of Pristina. Moreover, it is planned to provide consultation to the Conditional Release Panel at the Kosovo Supreme Court.