All of the visits featured some very interesting speeches by the hosts, followed by some lively expert discussions.

Experts from the Probation and Correctional Service in Kosovo visit Germany

"Seeing things with your own eyes is better than thousand words" – this was the motto of a study trip to Lower Saxony financed by the Federal Foreign Office and organised by the IRZ. Eleven experts from the correctional and probation service in Kosovo visited judicial institutions in Lower Saxony from 20 to 25 September 2015: The prisons in Oldenburg, Vechta and Wilhelmshaven as well as the Ambulanter Justizsozialdienst Niedersachsen (AJSD) in Oldenburg.

The study trip was organised on the basis of the EU twinning project "Strengthening the correctional and probation services in Kosovo", which is being implemented. The IRZ is implementing this project in cooperation with its French partners.

Detailed expert discussions between the practitioners of the two countries quickly developed during the visit of the institutions in Lower Saxony. Some aspects which are standard in Germany's criminal justice have already been implemented in Kosovo as well, however there is still a lot of room for developments.

The guests were particularly impressed by the various work and treatment offers for the prison inmates - this is something which cannot be offered on a large scale so far. Another challenge for Kosovo is the high number of sentences which are suspended on probation in Germany. In Kosovo above all young people are sentenced on probation or to community work. Adult offenders, however, are rarely sentenced to community work. This circumstance leads to a situation that sometimes not dangerous offenders are imprisoned for petty offences in the prisons which are anyway overcrowded in Kosovo.

Kosovo has accepted the challenge of introducing European rules and standards. The experts from Kosovo could gain many inspirations during this study trip and clarify many questions, including questions of detail. The trip was a helpful step into this direction. 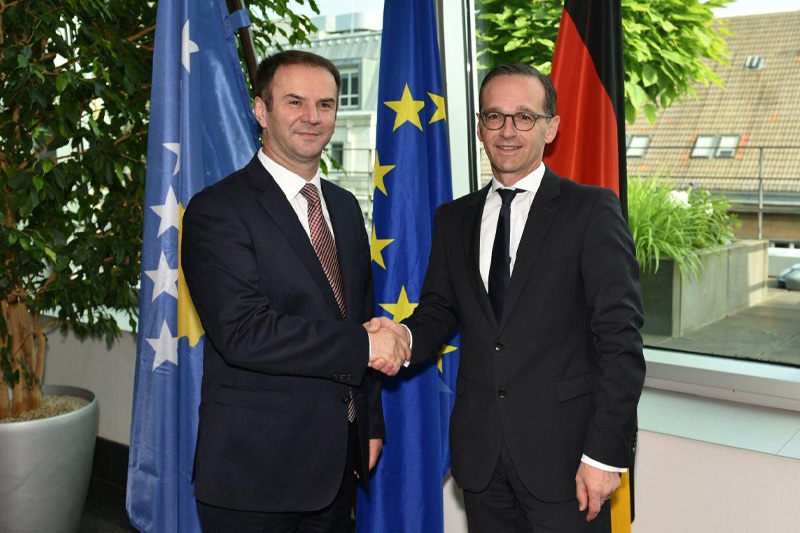 This visit was preceded by a meeting with the Parliamentary State Secretary Mr Christian Lange which dealt with the future cooperation between the two ministries. In addition an agreement was signed about judicial cooperation in criminal matters.

Minister Kuci was accompanied by two advisors, the Head of the Minister's Office as well as the Kosovar ambassador and his staff member.