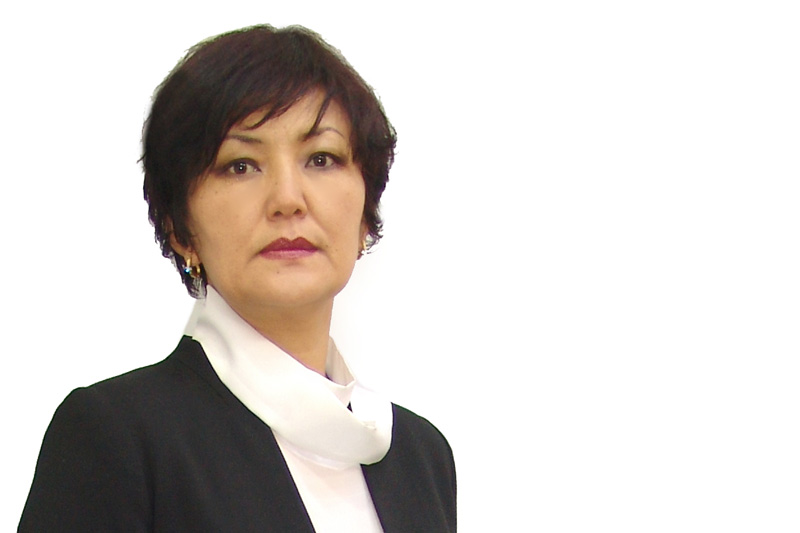 The IRZ invited a delegation of the Constitutional Chamber of the Supreme Court of the Kyrgyz Republic to Stuttgart, Karlsruhe and Heidelberg from 8 to 12 July 2019 to continue their successful cooperation and to exchange experience with constitutional topics. The study trip was aimed at exchanging experiences between constitutional judges from Kyrgyzstan and their German colleagues regarding the role and tasks of a constitutional court in a state governed by the rule of law and German constitutional law.

The Kyrgyz guests took a particular interest in the training of Einheitsjuristen (unitary training for all legal professions) in Germany, since an increase in quality and a high professional level of judges are declared goals in Kyrgyzstan.

During the final expert discussions at the Max PIanck Institute for Comparative Public Law and International Law in Heidelberg, the participants discussed the perspectives of a German-Kyrgyz scientific cooperation on constitutional topics.

The German colleagues of the above-mentioned institutions created an atmosphere of trust during the discussions, so that the Kyrgyz participants could openly address the issues which were important to them and exchange their experiences with their German colleagues. This exchange of experiences provided an important contribution to strengthening the international contacts of the young constitutional jurisdiction of Kyrgyzstan.

Progress on eJustice in the Kyrgyz courts

In the framework of the EU funded Programme “Rule of Law in the Kyrgyz Republic – 2nd Phase” (ROLPRO 2) IRZ as one of the implementing consortium partners is responsible for the development and implementation of “AIS Suda”. “AIS Suda” (Automated Information System for Courts [Suda]”) is an electronic court case management and information system that supports the processing of court proceedings and the management of judicial cases at the courts of Kyrgyzstan. In addition to efficient search possibilities to quickly find relevant case information, AIS Suda is also able to directly generate required court statistics and provides for an automatic assignment of court cases to judges. AIS Suda is one of the country’s central IT applications under the national eJustice agenda. Currently the system runs in full mode in in 3 first instance pilot courts, whereas the system’s module for case registration is already operational in all national courts of first instance. Further it is planned to implement “AIS Suda” in full mode at all local courts including also all courts of second instance.

On 11 March 2019 the EU Programme “Rule of Law in the Kyrgyz Republic – 2nd Phase” in cooperation with the Supreme Court of Kyrgyzstan organised for the first time a presentation of “AIS Suda” for all judges of first instance and all chairpersons of second instance. The presentation was held on the eve of the full-scale implementation of “AIS Suda” at all courts of first instance.

At the event participated the chairperson of the Supreme Court of the Kyrgyz Republic, Gulbara Kalieva, judges from all over the country, representatives of the EU, the “Rule of Law” Programme, “Adilet Sot” – the system operator, and the developer company “CBI”. 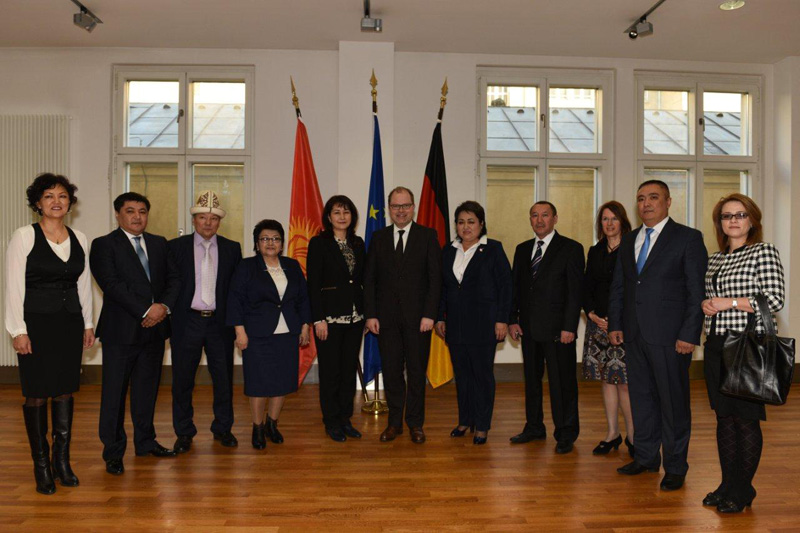 High-ranking representatives of the Kyrgyz Ministry of Justice and the newly established Lawyers' Council of the Kyrgyz Republic came to Berlin on a study trip from 16 to 21 March 2015. The visit was headed by the Kyrgyz Minister of Justice, Ms Jyldyz Mambetalieva. It continues the IRZ's consultations on major reforms of the legal profession in Kyrgyzstan which have been implemented since the "law on the legal profession" came into effect in summer 2014.

The visit started with a meeting with the Parliamentary State Secretary, Mr Christian Lange, at the Federal Ministry of Justice and Consumer Protection. The programme furthermore included expert talks with the following institutions:


The exchange focussed on the experience of the German legal profession on its way towards self-administration and the role of the legal profession as an independent body of the administration of justice in a legal system governed by the rule of law. Particular attention was paid to the legal training, being the basis of high-quality legal services and the prerequisite for the recognition of lawyers within the judiciary and society, which still has a large potential for development in Kyrgyzstan.