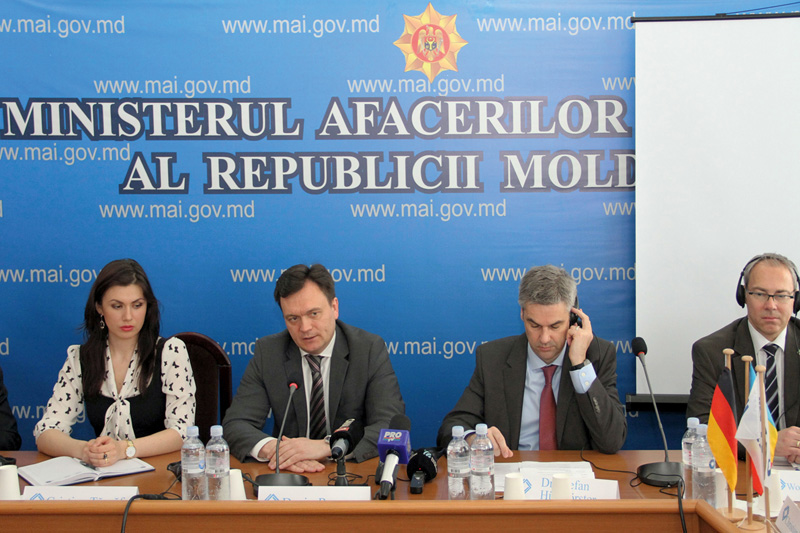 The Republic of Moldova signed the Association Agreement with the European Union in Brussels on 27 June 2014. This is a major step towards the country’s further political and economic approximation to the EU. It is to be hoped that this will lead to fresh impetus and that the country can consistently continue on the path towards reform on which it embarked years ago.

Parliamentary elections were held in the Republic of Moldova at the end of November 2014 which meant that the country had to decide which course it would take in future – a pro European reform course or approximation to Russia. It now remains to be seen after the elections, in which a slight majority came out in favour of the pro-European coalition, whether this will prove once more to be a motivating factor towards a real, serious process to reform the legal and judicial systems.

Cooperation with the partner institutions in the Republic of Moldova has always been intensive and effective. The IRZ continues to support the Republic of Moldova on the path that it has undertaken towards comprehensive judicial reform, considerable scope being allotted to questions related to guaranteeing the independence of the judiciary, the reform of the public prosecution system and judicial further training.

The IRZ will continue its cooperation with the Moldovan partners in 2015. New foci of reform will need to be discussed with the new Parliament and the Ministry of Justice. The question of introducing separate administrative courts, as well as the reform of the judiciary and the public prosecution system, should still be addressed. It is planned to offer practice-orientated further training, in particular for civil and criminal court judges. The following topics will be the focus here, amongst others: relational technique and judgment-writing technique as well as teaching methodology for trainers. This further training is to help establish an independent judiciary based on the rule of law and to increase the efficiency and consistency of
the case-law. Also in 2015, the IRZ would like to offer further training for notaries, as well as for lawyers.