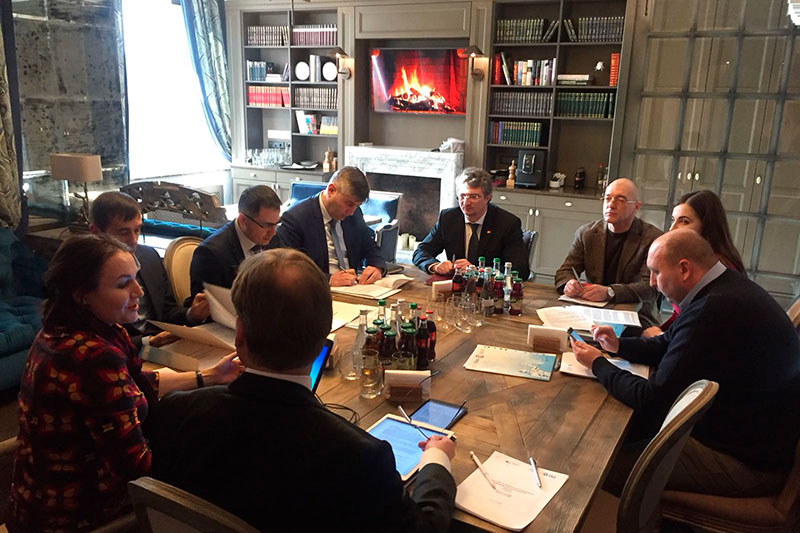 Participants in the working group

The third working group meeting on the reform of the Moldovan code of criminal procedure was held in Chişinău on 20 February 2018 to discuss the planned changes.

The working group on the reform of the Moldovan code of criminal procedure is made up of:

The working group is led by Anatolie Munteanu, State Secretary General at the Ministry of Justice. To prepare for the meeting, a detailed guide to formulating the required changes to the investigation process was prepared by the Germans, based on the results of earlier talks. This included the following main points:

The participants, who found the formulation guide to be extremely valuable, then discussed and subsequently adopted the proposals. The next step will be for the Ministry of Justice to incorporate the proposals into a submission to parliament for a legislative procedure. The plan is to present this submission to an interested audience of experts in April 2018 and to discuss it in public. The support of German experts was requested here as well.

Kick-off meeting on twinning project on data protection in Moldova

The keynote speeches were given by:

The EU-financed project has a volume of 1 million euros. The Unabhängiges Landeszentrum für Datenschutz Schleswig-Holstein (Independent Center of Data Protection of Schleswig Holstein) and the Latvian Ministry of Justice will be the major partners implementing this project during the next two years.

Besides an approximation of the Moldovan legislation to EU law in data protection – above all in view of EU Regulation 2016/679 – this project also aims at providing support in the further development of the National Center for Personal Data Protection, as well as raising awareness for the importance of data protection both among the general public and the private industry and public administration.

Within the next two years, 34 experts from Germany and Latvia as well as from Lithuania, Austria, Slovenia, Estonia and Malta will implement 24 different measures in total, subdivided into three project components.

The topics of this expert discussion were on the one hand the legal framework conditions for carrying out public meetings and the principles laid down in the constitution to guarantee the fundamental right of freedom of association as well as its significance for a democratic community.

On the other hand, an intensive exchange of experience took place on the possibilities which the police and the law enforcement authorities have to ensure that demonstrations are carried out peacefully and to prevent violence in advance as well as to respond effectively to violent attacks and criminal offences committed among the crowd of demonstrators, identify the troublemakers or offenders and process the case to prosecution.

Therefore, not only police deployment and de-escalation strategies were presented, but also the procedure for preventive police measures and repressive detention measures, the requirements for criminal prosecution and the cooperation between the police, the public prosecutor's offices, the courts and the media.

The German experts participating on behalf of the IRZ were Walter Selter, former Public Prosecutor General; Hans-Dieter Hilken, former Head of Criminal Investigations, and Uwe Stark, Judge at the Local Court of Siegen.