Meeting with Vladimir Cebotari, Minister of Justice of the Republic of Moldova 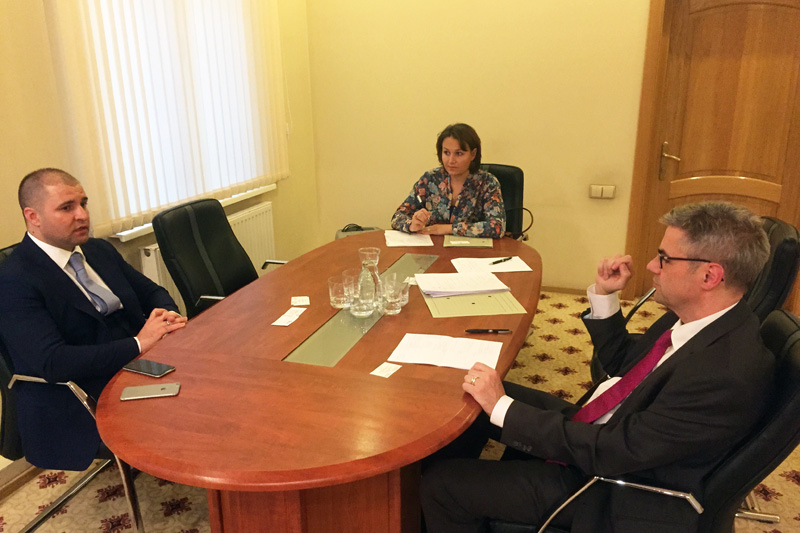 Vladimir Cebotari (left), Minister of Justice of the Republic of Moldova, talking to the acting IRZ Director Dr Stefan Hülshörster

On 23 September 2015 Dr Stefan Hülshörster and Stefan Mironjuk of the IRZ met Vladimir Cebotari, Minister of Justice of the Republic of Moldova, who has been in office since late July.

The next meeting is scheduled for late November. It will deal with the specific targets for the cooperation next year.

In the context of the Justice Reform in Moldova, IRZ is helping the Prosecution Service in the country to comply with its commitments. Thus from 21 to 25 March 2015, the Prosecutor General of the Republic of Moldova, Corneliu Gurin, together with six other high-ranking prosecutors, undertook a study visit to Stockholm (Sweden).

During the study visit the Swedish Prosecution Authority and the role of the prosecutor in Sweden was presented to the Moldovan delegation. A special emphasis was placed on the Information systems of the Prosecutor's office, recruitment, selection, promotion and evaluation of Swedish prosecutors, as well as Inter-institutional Cooperation, combat against serious organised crime, and investigations of Economic and financial crimes.

A number of Swedish Prosecutors gave presentations, which triggered an exchange of ideas between the Swedish Prosecutors and their Moldovan colleagues. Members of the delegation had the opportunity to exchange contacts, which will further facilitate the communication and sharing of best practices. Visits were also conducted to the office of the International Public Prosecution Office Stockholm and the District Court of Stockholm.

The study visit was foreseen by the project that IRZ in association with Altair Assesores and CILC is implementing in Moldova. It was funded by European Union in the framework of the EuropeAid/135322/DH/SER/MD, "Project to Support the Pre-Trial Investigation Prosecution and Defense Set-Up in Moldova (IPD PROJECT)". The study visit was very well received by the members of the Moldovan delegation.

Consultation in Moldova about the Fight against Corruption 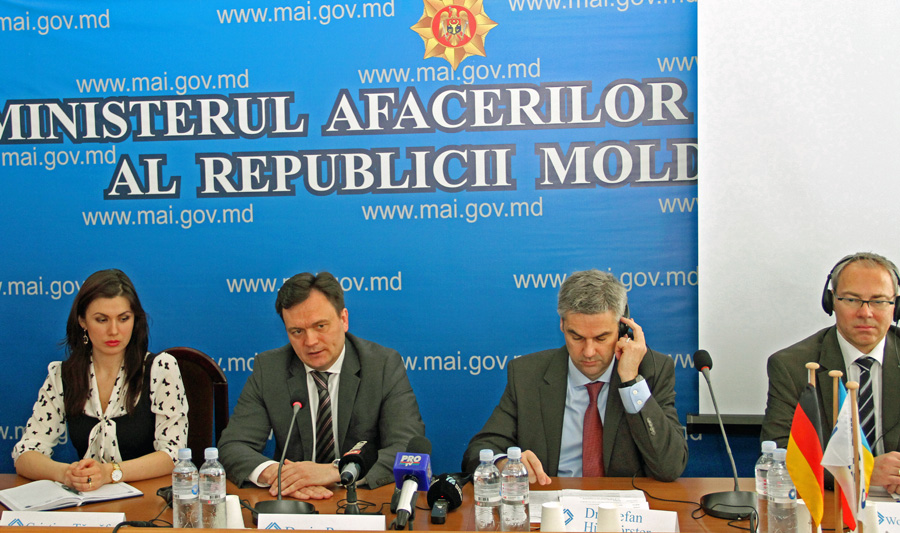 Upon invitation of the IRZ a delegation of German experts participated in working meetings on the fight against corruption in Chisinau on 12 and 13 May 2014.During their visit, the German experts had a detailed exchange of opinions with the Moldovan Minister of the Interior, with the Public Prosecutor's Central Anti-Corruption Office and the Director of the National Anti-Corruption Centre of the Republic of Moldova.

Besides these experts talks, a seminar for Moldovan police officers and public prosecutors was organised. The working meetings and the seminar focussed on the fight against corruption and the planned reform of the public prosecution system as well as the police structures in the Republic of Moldova. The purpose of the journey was to consolidate the relations between the relevant institutions and to provide a professional exchange and consultation with regard to the reform process. This activity was furthermore strongly supported by the German Ambassador to the Republic of Moldova, Mr Matthias Meyer, and financed within a special project of the Foreign Ministry.