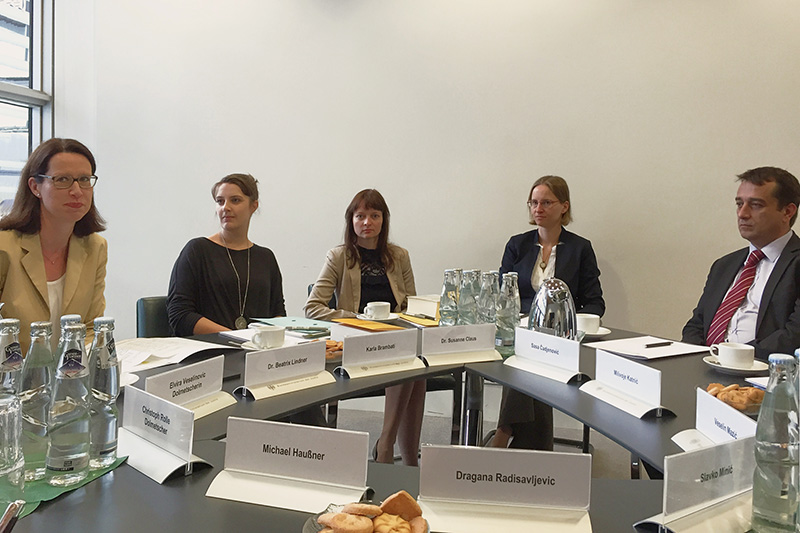 Montenegro, which has been independent since 2006, is a young state on course for political and economic reform in a context of EU integration. Accession negotiations with the EU commenced in June 2012. Despite this progress, considerable action still has to be taken on legal harmonisation. In its 2016 Progress Report, the European Commission stresses the significance of the topic of justice for the further accession negotiations. Montenegro, which only has limited staff resources, requires particular attention because it only became an independent state a few years ago, but also with a view to further EU integration. This is also expressed in the conclusion of a cooperation agreement, together with a detailed working programme, which was agreed between the German Federal Ministry of Justice and Consumer Protection and the Montenegro Ministry of Justice in 2014.

In early new elections held in October 2016, the socialists, who had been in government for a long time, lost their absolute majority, which led to difficulty forming a new government.

The IRZ established a separate project area for Montenegro in 2007. Long-standing working relationships were subsequently established with the Ministry of Justice, the country’s Judicial Training Centre which is attached to the Supreme Court, the Constitutional Court, the special Public Prosecutor’s Offices to fight organised crime and corruption, and with academics at the Podgorica Faculty of Law. The IRZ has also been represented in the country since 2013 by a long-term advisor to the Minister of Justice. The IRZ therefore has excellent connections in Montenegro. A major focus of the activities is the working plan connected with the Cooperation Agreement between the German Federal Ministry of Justice and Consumer Protection and the Montenegrin Ministry of Justice.

The IRZ will continue its successful work in Montenegro in 2017. For instance, it will be offering further seminars together with the Judicial Training Centre. Cooperation with the Constitutional Court and the implementation of the working plan connected with the cooperation agreement between the German and Montenegrin Ministries of Justice will also be continued. In addition, the IRZ will involve Montenegrin legal experts in various topics in its other activities in the region.