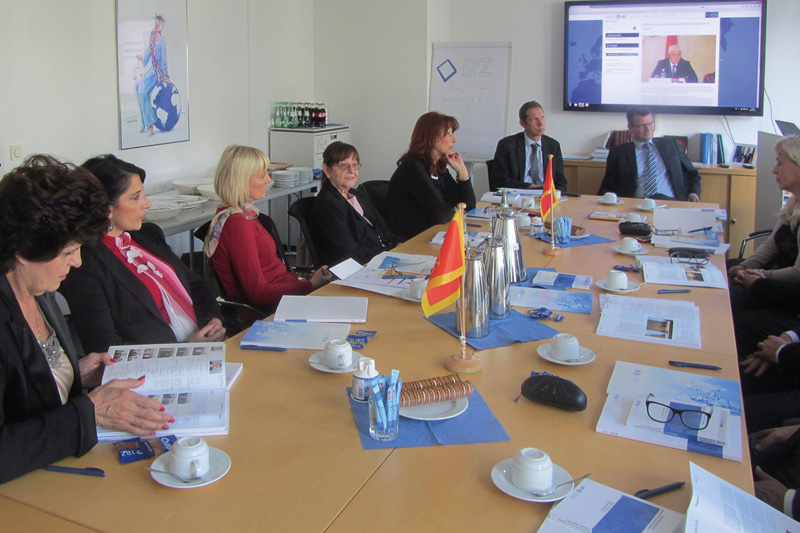 Montenegro, which has been independent since 2006, is a young state on course for political and economic reform in a context of EU integration. The country was officially awarded the status of an EU candidate on 17 December 2010. It made further progress towards EU accession in 2012, when the European Commission’s proposal to take up accession negotiations with Montenegro was confirmed at the summit of heads of state and government. Despite this progress, considerable action still has to be taken in legal harmonisation. Furthermore, the European Commission sees that further efforts are needed in the rule of law and the independence of the judiciary. The IRZ is therefore placing a focus of its work in the region on Montenegro. As it only became an independent state several years ago, as well as with a view to further EU integration, Montenegro, which only has limited staff resources, requires particular attention. This is also expressed in the conclusion of a cooperation agreement that was reached between the Ministers of Justice of Montenegro and Germany in 2014.

The IRZ established a separate project area for Montenegro in 2007. Longstanding working relationships were subsequently established with the Ministry of Justice, the country’s Judicial Training Centre, which is incorporated into the country’s Supreme Court, the Constitutional Court and academics from Podgorica Law School. The IRZ has also been represented in the country since 2013 by a long-term consultant to the Vice Prime Minister and Minister of Justice. The IRZ is therefore very well networked in Montenegro.

For reasons of economic expedience, the project work in Montenegro, which with a population of 600,000 is very small, has particularly taken place in the past by involving Montenegrin legal experts in activities in neighbouring countries where the same language is spoken, especially in Bosnia and Herzegovina as well as Serbia. In view of the Stabilisation and Association Agreement (SAA) between the EU and Montenegro, which has been ratified by all the Member States of the EU, the IRZ stepped up its activities once more in 2010 and placed the emphasis on support for the judiciary. This approach was successful and led to further approximation to the EU.

The IRZ will be continuing its successful work in Montenegro in 2015. For instance, it will be offering further seminars together with the Judicial Training Centre. Cooperation with the Constitutional Court will also be continued. Furthermore, the IRZ will involve Montenegrin lawyers in various topics in its other activities in the region.