On the occasion of the First World War Centenary the Foreign Offices of Germany and France invited a number of multipliers from the states of former Yugoslavia which are no EU members yet to visit major institutions of the two countries. The programme in Berlin, which took place in early November 2014, also included a visit to the local IRZ office where the IRZ presented its work funded by the Foreign Office with German funds for Southeast Europe. Many of the guests were already familiar with the IRZ's work in their home countries. Kosovo's Deputy Foreign Minister, Mr Petrit Selime, for instance, pointed out the IRZ's support provided to the Kosovar Constitutional Court. Mr Nebojsa Kaludjerovic, the former Foreign Minister of Montenegro and current foreign policy adviser and NATO coordinator of the Prime Minister, thanked the State Secretary Michael Haußner, ret., for his commitment. He said that Mr Haußner supported his country as a long-term adviser to the Vice Premier and Minister of Justice, Mr Dusko Markovic, on behalf of the IRZ in its EU approximation process. There was a long discussion during the meeting about the importance of the work carried out to promote the rule of law during the transformation process of the states of Southeast Europe and the joint Continental - European roots of these partner states and Germany.

The IRZ event was followed by talks with State Minister Michael Roth in the Federal Foreign Office, the Parliamentary Friendship Group for Relations with the States of South-Eastern Europe and the Parliamentary Friendship Group for Relations with Bosnia and Herzegovina. The expert delegation furthermore visited the German Bundestag and the Federal Foundation Flight, Expulsion, Reconciliation. Then the group travelled to France where they were the guests of the French Foreign Office. 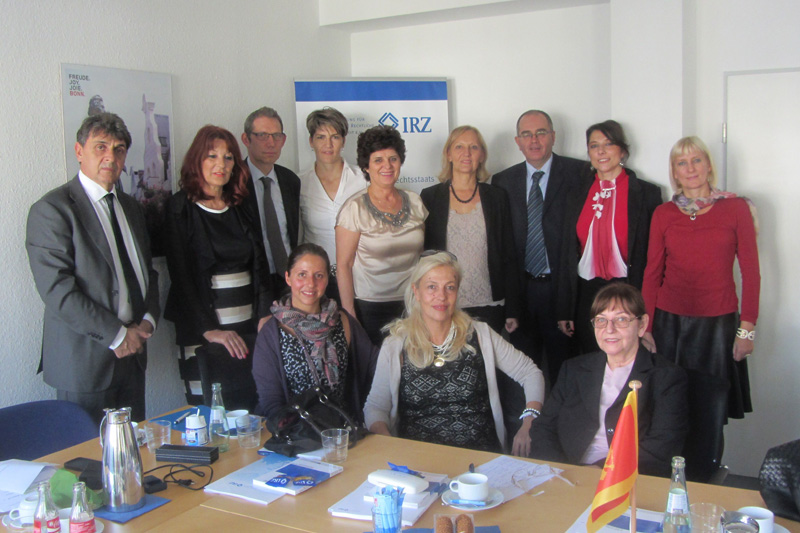 Participants of the Workshops

A densely packed programme awaited a delegation of Montenegrin notaries during a working visit in Bonn and Cologne in early October 2014 jointly organised by the Rheinische Notarkammer, the Chamber of Notaries of Montenegro and the IRZ. This event was an activity within the long-standing partnership between the notaries of the Regional Court District of Bonn and the notaries in Montenegro which both have approximately the same number of notaries and comparable population sizes

This partnership was initiated at the own initiative of the notaries' associations involved. Its main focus is on the support of the notary system established in Montenegro three years ago through an exchange of experience between practitioners. The varied programme of the visiting notaries, headed by the Deputy President of the Montenegrin Chamber of Notaries, Darko Curic, and accompanied by the Head of the Notary Division of the Montenegrin Ministry of Justice, Jadranka Vuckovic, included a visit to the Regional Court of Bonn. The delegation was welcomed by the President of the Regional Court, Gräfin Margarete von Schwerin, followed by a visit to the Commercial Register and the Land Register. The Judge at the Regional Court, Walter Cuno, gave a presentation about the "Conversion of the Commercial Register and the Land Register" into e-registers. Thereupon the delegation visited the IRZ where it was welcomed by IRZ Director Dirk Mirow. At this meeting, the group learnt about the experience and role of the IRZ during the transformation of law in Southeast Europe in general and in the field of the notary system in particular.

The Montenegrin delegation also visited a notary's office where it obtained detailed information about office organisation and different procedures, with electronic communication being in the focus of interest here as well. At the premises of the Rheinische Notarkammer the delegation then discussed the function, organisation and work procedures of a chamber of notaries. The programme was rounded off by a presentation about the topic "Drafting and Processing of Property Development Contracts" given by the Bonn-based notary Dr Hanns-Jakob Pützer who is also the initiator of the partnership.

Kick-Off Event for a regional Anti-Discrimination Project in Podgorica 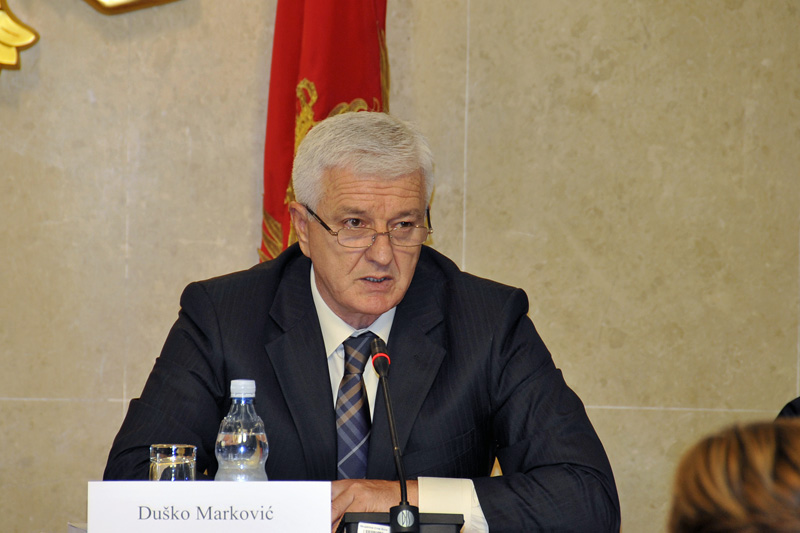 Vice Prime Minister and Minister of Justice of the Republic of Montenegro, Duško Marković

On 1 October 2013, the kick-off event for the project "Implementation of the European Anti-Discrimination Standards in Montenegro and other States of the Region" took place in Montenegro's capital Podgorica. The project is implemented by the IRZ in cooperation with its regional partners. It is financed with funds by the German Foreign Ministry provided for the support of human rights.

The main focus of this project is the publication "Practical Introduction to the European Anti-Discrimination Standards", which will be used as training material for various partners in the region. In addition, it may also be used as a reference guide. The publication comprises more than 300 pages and is subdivided into two parts: The first part is an introduction to the anti-discrimination law of the ECHR. The second part is a compilation of practical information: Details about the contact points where discriminated people can seek help; translation of the Convention and its Additional Protocols; information, check lists, organisational charts, forms and overviews. The authors of this publication are Prof. Dr. Zorica Mrsevic from Serbia, Dr. Jovan Kojicic from Montenegro, Prof. Dr. Zlatan Meskic from Bosnia and Herzegovina and the lawyer Dr. Stefan von Raumer from Germany.

The opening event, at which the Vice Prime Minister and Minister of Justice of the Republic of Montenegro, Duško Marković and the German ambassador to Montenegro, Pius Fischer, gave speeches, was attended by many media representatives. All presentations were followed by detailed and sometimes also controversial discussions. In particular, it became obvious during the discussions that the positive and indirect discrimination in the region poses a problem, of which various examples were given as a proof. For instance, the preferred admission of surviving dependants after the war to the University of Bosnia and Herzegovina is to be pointed out in this context.