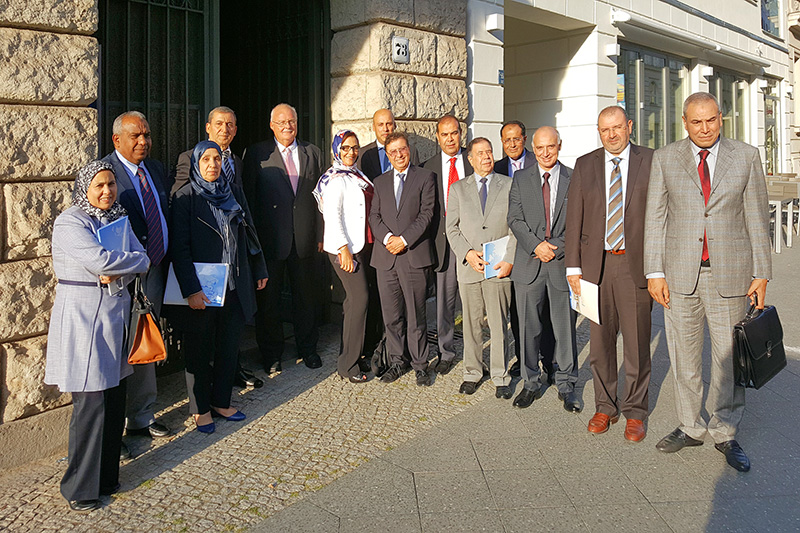 Following the local and regional elections held in 2015 for the first time since the constitutional amendments of 2011, elections for a new national Parliament were held in 2016. These elections represent important steps towards the further and fundamental democratisation of Morocco. As it was already the case in the preceding local elections, the predominantly Islamic party “Parti de la justice et du développement” (PJD) won the national elections.

In contrast to many countries in crisis in the Arab world, Morocco is stable. The monarchy is authoritarian and important decisions are taken by King Mohammed VI. himself. He is President of the Justice and Security Council. At the same time, he is also Chairman of the Cabinet to which the Prime Minister submits draft legislation for consultation.

With regard to the component of the rule of law, a “national dialogue for judicial reform”, which was initiated by the Government, already stated the most important concerns for reform as early as 2013, including the fight against corruption, the independence of the judiciary, steps towards greater transparency, remedying shortcomings in legal training and modern management. In the years to come, the Moroccan state is called upon to gradually address the publicly acknowledged shortcomings in the fields mentioned, and to initiate fundamental reforms.

Following two successful kick-off conferences in 2014, the IRZ – in coordination with the German Federal Ministry of Justice and Consumer Protection and the German Federal Foreign Office – decided to intensify and expand relations with Morocco in the field of the rule of law. Within this framework, the IRZ agreed on a cooperation programme with the Moroccan partners, the Cour de Cassation and the Ministry of Justice, which is initially set to last for a period of three years. This encompasses both events in Morocco and visits to Germany by Moroccan delegations, and initially applies to the period from 2015 to 2017.

In addition to intensifying the topics specified above, the IRZ plans extensive cooperation over several years in the fields of the correctional service and forensic medicine. The partners on the Moroccan side will be the Cour de Cassation, the Ministry of Justice and the Correctional Authority.