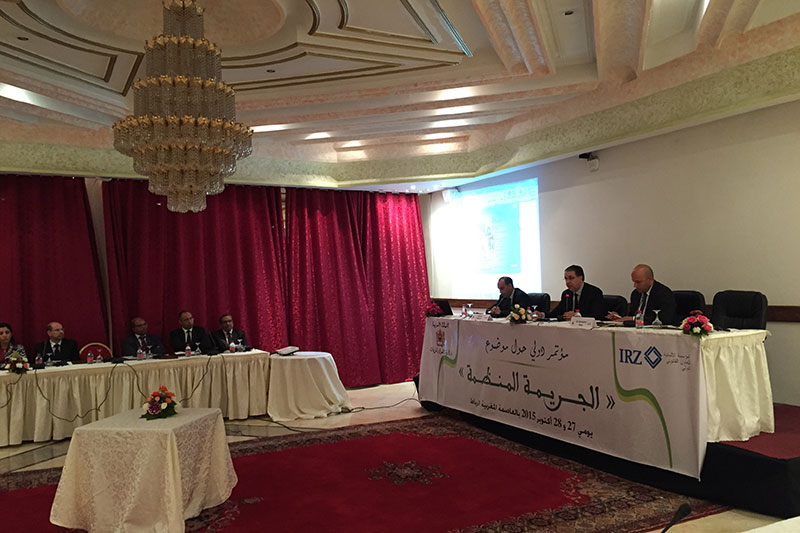 2015 was an important year for Morocco, as elections were held for the first time since the constitutional amendments which took place in 2011. The predominantly Islamic "Parti de la justice et du développement" (PJD) achieved considerable growth at regional level in the local and regional elections which were held on 4 September, and came in first. The PJD benefited amongst other things from a modern electoral campaign, as well as from its reputation of being free of corruption. At local authority level, the "Parti Authenticité et Modernité" (PAM), which is close to the royal family, was able to obtain the largest number of seats. These two sets of elections, and the parliamentary elections which are to be held in 2016, constitute important steps towards a further, fundamental democratisation of Morocco. With regard to the rule-of-law component, a "National dialogue for judicial reform", which had been initiated by the Government, already stated the most important concerns for reform as early as 2013. These include, apart from guaranteeing the independence of the judiciary, the fight against corruption and combating the lack of transparency, as well as remedying shortcomings in legal training and establishing modern management. In the years to come, the Moroccan State is called upon to gradually address the publicly-acknowledged shortcomings and to initiate fundamental reforms.

After two successful kick-off conferences which took place in 2014, the IRZ, in consultation with the Federal Ministry of Justice and Consumer Protection and the Federal Foreign Office, decided to intensify and expand rule-of-law relations with Morocco. In this framework, the IRZ agreed on a cooperation programme with the Moroccan partners the Cour de Cassation and the Ministry of Justice, which is set to last for an initial period of three years. This encompasses both events in Morocco and visits to Germany by Moroccan delegations.

Cooperation in the core areas of criminal law and prison law, which has been described above, as well as on the administration of justice, is to be continued and for instance supplemented by the topic of legislative impact assessment. The partners on the Moroccan side will be the Cour de Cassation and the Ministry of Justice.