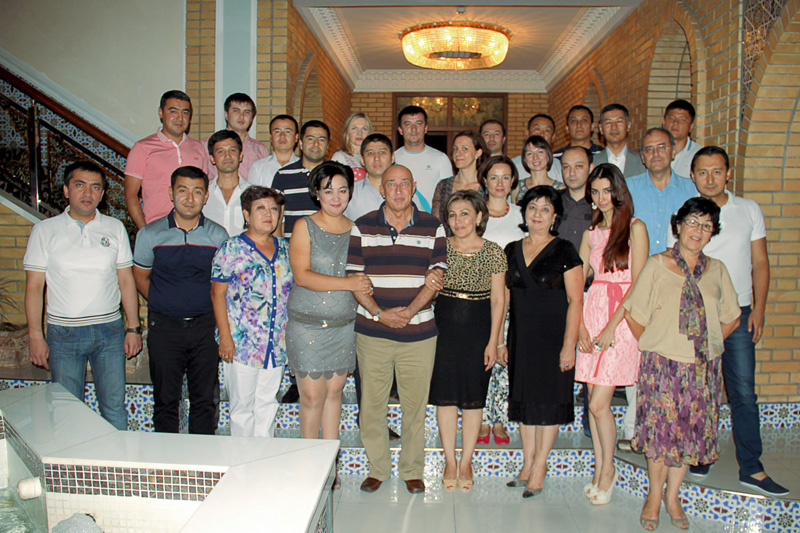 Between October 2011 and August 2015, the IRZimplemented the EU-funded project in Uzbekistan entitled "Support to Criminal Judicial Reforms" as the lead contractor. The project had a budget of roughly Euro 9.7 million. The junior partners were GIZ, JCI (France), as well as NI-CO (United Kingdom). The large IT component, put on hold because of an unexpected change of experts for which the consortium was not responsible, was extended for a further year to August 2015 at the request of the EU delegation in Tashkent and of the beneficiaries, and has now been brought to a successful conclusion in cooperation with GIZ.

In the last year of the project, amongst other activities a distance learning system was implemented within the IT component for the main beneficiaries, namely the Uzbek Ministry of Justice, the office of the General Prosecutor's Office and the Ministry of the Interior. It is a welcome development that the evaluation of the project by the European Commission towards the end of the project revealed that the Uzbek partners expressed their satisfaction with regard to the objectives that had been reached.

The beneficiary institutions of the consulting project, which was highly complex and tasked with capacity building, were the Ministry of Justice, the Ministry of the Interior (Police and Prisons), the General Prosecutor's Office , as well as the Research Centre for Liberalisation and Democratisation at the Supreme Court. Each of these four institutions was supported with advice within its own tailored component.

All the components were provided with cross-cutting training and PR components.

Results were achieved in the individual components which complied with the Financing Agreement which the European Commission and the Uzbek Government had concluded for the implementation of the project. The following was also implemented, amongst other things, during the term of the project:

Research Centre for Liberalisation and Democratisation at the Supreme Court

Ministry of the Interior (Police and Prisons):

We remain hopeful that the initiatives which have been launched by the project can be implemented in order to guarantee that the remaining reforms that are needed in the Uzbek criminal law system will be sustainably anchored.