Kosovo: Strengthening the correctional and probation services in Kosovo 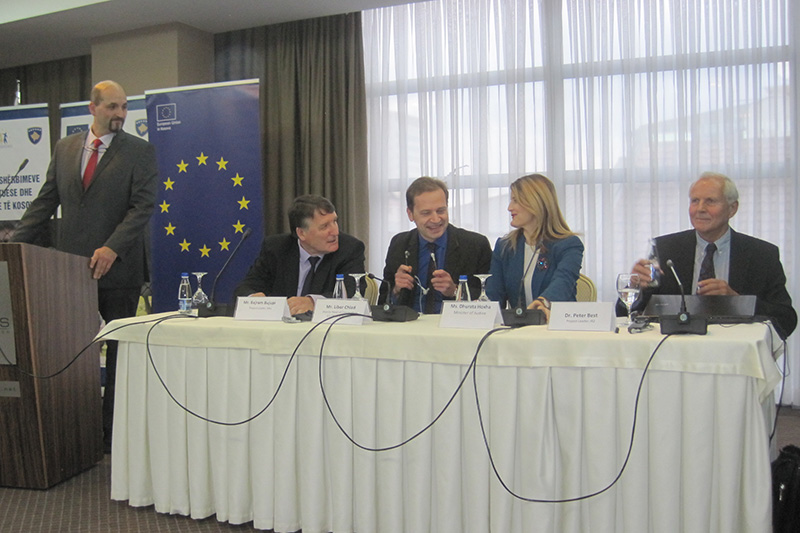 The aim of the German-French project was to strengthen the administration in the sphere of correctional and probation services. In this context, particular emphasis was placed on the increase of capacity and the application of best practices in correctional services. This also included the promotion of alternative criminal sanctions, which constituted a focal point of the project. The partners were the Kosovo Correctional Service (KCS) and Kosovo Probation Service (KPS). The provision of the necessary data management systems enabling efficient planning was also part of the project.

The following work results are specified by way of example:

The probation facilities in the cities of Pristina, Peja and Ferizaj were chosen for the conduct of pilot programmes.

The project also addressed the legal framework for correctional and probation services. In the course of the project, 25 supplementary statutes to the Prison Act were drafted.

Almost all of this draft legislation for implementation provisions and administrative provisions were passed, and have already entered into force in some cases. In addition, the Twinning project supported the work on a strategy and a plan of action for the correctional service.

The partners from Kosovo showed great interest, and there was a lively exchange between practitioners in Kosovo and Germany from the correctional and probation services in the numerous workshops, training sessions and seminars. The project achieved its project aims, implemented the extensive transfer of know-how and was successfully concluded at the end of 2016 after a duration of two years.