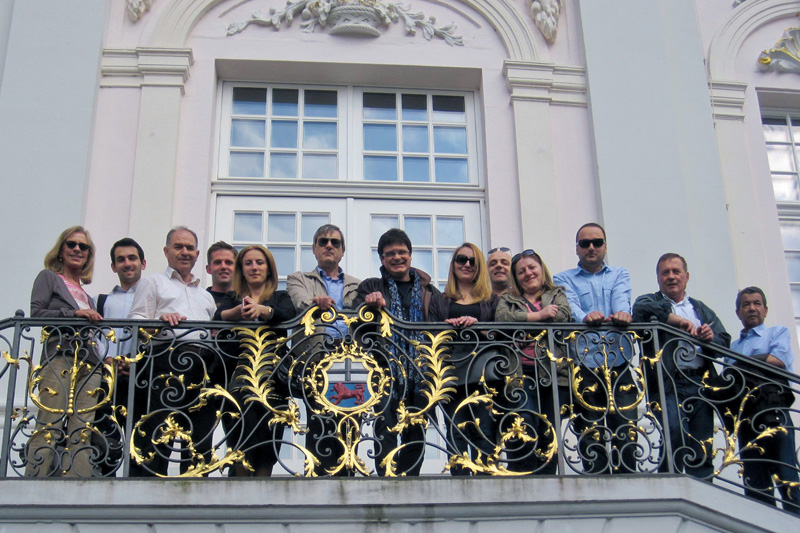 This project was closed on 12 October 2014 with a formal ceremony. The objective of the project was to support the Kosovo judiciary in its legislative reforms and in increasing its administrative capacities in the fields of international legal cooperation in criminal matters and civil law aspects of international child abduction cases.

Twenty experts from Germany, as well as one expert from Scotland, undertook the basic and further training of a large number of judges, as well as public prosecutors. They supported the Ministry of Justice in reforming draft laws, guidelines and sample rulings. In 34 workshops within a total of ten activities, they achieved lasting progress in the field of international cooperation in terms of criminal and civil law in international child abduction cases.

The project’s initial activities focussed on the complete revision of the set of statutory provisions on international mutual assistance in criminal matters. The result was a draft law in accordance with European Standards, which was adopted by Parliament with hardly any changes. The law came into force in September 2013.

On the basis of this work, experts drew up guidelines, a manual and a large number of documents to provide the Kosovo judiciary with the basis for an efficient, effective application of the law.

Further activities with staff members of the Ministry, as well as of the judiciary and the police, focussed on the negotiation strategy related to bilateral agreements on mutual legal assistance. Furthermore, there were presentations on the establishment of an electronic international criminal information system.

One of the most important results of the project is the selection, as well as the basic and further training, of seven judges and eight public prosecutors from all parts of the country to create a network operating in a similar way to the European Judicial Network (EJN). The judges will from now on work in special departments within their respective authorities and at the same time serve as contact persons for international cooperation in criminal law. They have been familiarised with various aspects of this cooperation and with the EU institutions such as EUROJUST, EJN, Europol and OLAF.

Further relevant training units related to handling modern methods of international mutual assistance, cross-border skimming-off of profits, as well as the modus operandi of a joint investigation group. Experts furthermore drew up the “Rules for Governing the Network of Focal Points”, which are intended to regulate internal cooperation.

The Hague Convention on Child Abduction and proven procedures in international child abduction cases were topics for the last ten months of the project. On this topic several workshops took place for members of the Ministry of Justice, the judiciary and the police, as well as for social workers. A team of experts from Germany and Scotland revised the Kosovo Act on Civil Law Aspects of International Child Abduction in close cooperation with practitioners from the substantive area. The result was a completely new draft which meets international standards.

Using case studies, and in the exchange of experience, cooperation was built up and intensified between the Ministry, judges at first and second instance, as well as the police and social workers.

A further focus was placed on training mediators in international child abduction. Three workshops took place on this topic encompassing role plays, case studies and presentations in which mediators were able to prepare to proceed professionally in difficult situations occurring after child abduction.

The sustainability of the project is guaranteed given that the Kosovo practitioners were well prepared for the special requirements of international legal cooperation. They are furthermore able at any time to use a variety of guidelines which were drawn up within the project by the German experts. These guidelines now form part of the curriculum of the Kosovo Judicial Institute.