Armenia: Approximation process of EU Acquis and Policies on Judicial Cooperation and Capacity Building of the Translation Centre on Judicial Sector Terminologies and Methodologies 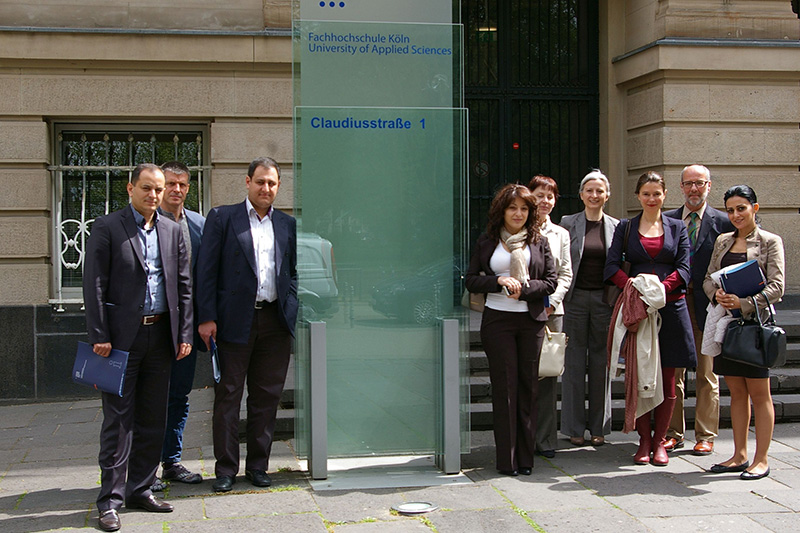 A major concern of the project was to strengthen the capacities of the directorates-general of the Armenian Ministry of Justice dealing with EU integration and legal approximation, as well as its translation centre. The project consisted of three work components, all of which were implemented successfully.

Assessment and analysis of the status quo

First of all, the existing Armenian legal provisions and organisation, as well as procedures in the Ministry of Justice and in the translation centre, were analysed. Experts from Germany, Latvia, the United Kingdom and Slovenia elaborated improvement proposals together with the Armenian partners. These included case studies on legal approximation and information to improve the performance of the translation centre.

Staff from the Armenian Ministry of Justice took part in study visits to Latvia and Germany in order to familiarise themselves with the legal approximation of selected European provisions in both countries.

To this end, staff from the Armenian translation centre took part in two study visits to Belgium and Luxembourg. Furthermore, management software was installed that was tailored to the Armenian needs.

Beyond the originally-planned areas of work, the newly-established Judicial Academy was also involved in the activities of the twinning project. There was considerable need for consultation on basic and further training of judges. This consisted of how examinations can be introduced and implemented in a transparent way, how the need for further training is to be identified and how suitable trainers can be recruited. E-learning was also a topic of this project.

The twinning project was concluded on 15 August 2014 with a highprofile event, attended on the Armenian side by the Minister of Justice and on the German side by representatives from the IRZ as well as the German Ambassador to Armenia, Reiner Morell.