Georgia: Support to the Reform of the Criminal Justice System in Georgia 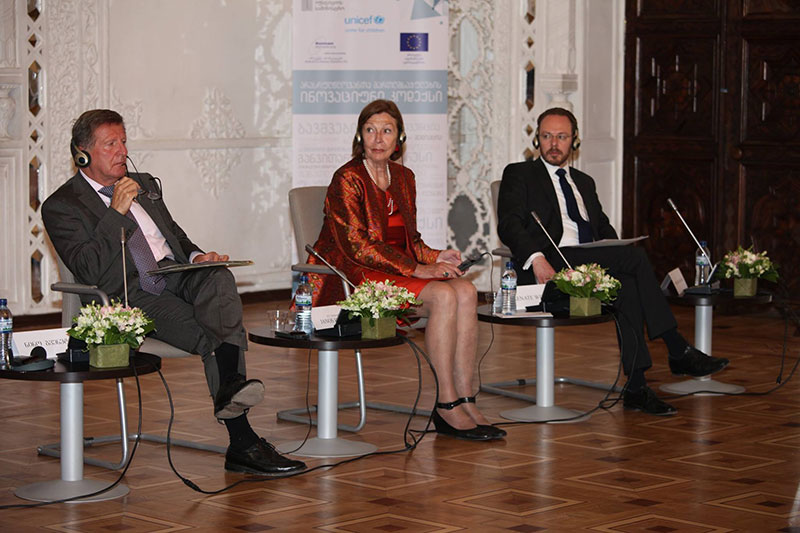 This project had been implemented since October 2012, and was completed in December 2015 after a no-cost extension. The project expended a budget of more than two million Euro over this period. Whilst the Austrian consultancy firm Human Dynamics was in the lead position, the IRZ acted as a consortium partner, being responsible for the penitentiary component.

Further components addressed the Ministry of Justice of Georgia and the Georgian Bar. The purpose of the project was to support various important reforms in criminal law, in the penitentiary system and with regard to legal assistance. Many of the goals which were to be reached were based on a strategy paper which had already been drawn up in 2010 by a national council for criminal justice reform.

The project was implemented against a legal policy background which was not entirely simple. The political development during the course of the project caused considerable staff turnover at the beneficiary institutions. On the other hand, the Georgian Ministries and other contacts were highly disposed towards tackling the reforms which needed to be carried out. The most important successes that were achieved by the project hence came about as a result of the joint efforts of the Georgian and international experts.

The most visible success was the draft of a Georgian Juvenile Justice Code, which came into force at the beginning of 2016. This Code complies with international standards, and particularly implements the UN Convention on the Rights of the Child into national law. It therefore contains special procedural and substantive provisions for criminal proceedings in which children and juveniles are involved as witnesses, victims or accused persons. In order to enable the swift implementation of this Code, which entails profound changes for Georgian practice, appropriate training courses were already commenced in 2015 for all the professional groups concerned, that is the judiciary, the public prosecution offices, lawyers and the police.

Advice was provided in structural terms on the reintegration of the Penitentiary Department into the Ministry of Corrections. Thus, this Ministry resumed responsibility for the supervision of the Georgian prisons, and it was possible to eliminate duplication of structures. Further major results include the establishment of a training course for social work within a Masters programme, drawing up and piloting an individual sentence planning methodology, as well as occupying an open prison which was built several years ago. The successful project results were acknowledged by all sides on the occasion of the official project closing event.