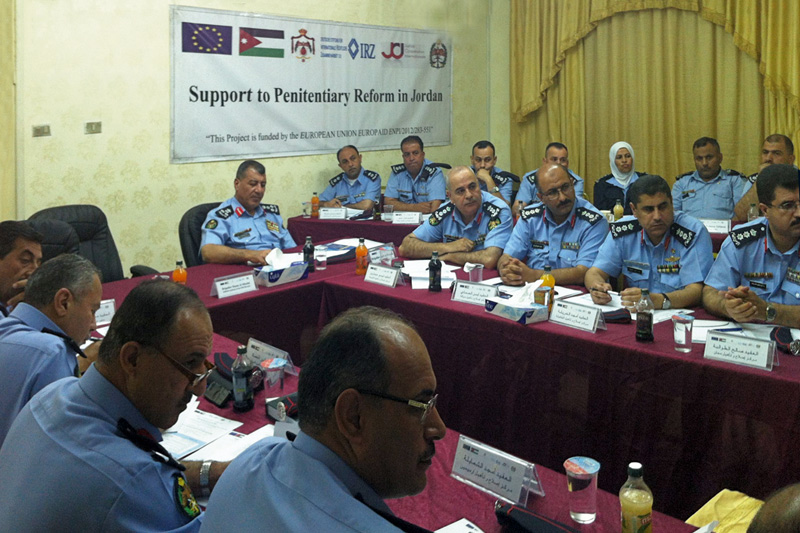 The IRZ has successfully implemented the project to reform the prison system in Jordan. It ended in February 2014. The IRZ was supported by its junior partner “Justice Coopération Internationale” (JCI), which is associated with the French Ministry of Justice. The project had a term of 24 months and a total budget of roughly 1.5 million Euro. The partners on the Jordanian side were the supreme police authority, as well as the supervisory authority of the penitentiary system in Jordan, both of which are associated with the Jordanian Ministry of the Interior.

The project formed part of ongoing cooperation between the Hashemite Kingdom of Jordan and the EU in the prison sector, and as such was a continuation of an EU twinning project to modernise the Jordanian prisons that was implemented by the Austrian Ministry of Justice until the beginning of 2010. The cooperation with the Jordanian partners was intended to improve the penitentiary system in Jordan to such an extent that it is in compliance with international standards and to ensure that it was possible to implement reforms in the penitentiary law.

Improvements were made in both the structures and in the management in the supervisory authority, and also in the individual prisons. Activities included comprehensive training courses for prison staff and appropriate modernisation of workflows and procedures in the penitentiary system. Additionally, transition management for criminal convicts was further developed in cooperation with state institutions and non-governmental organisations. The project partners developed training and employment programmes for convicts aiming to promote post care and social reintegration. This involved private sector and civil society organisations. Additionally, alternative criminal sanctions were introduced in the Jordanian penitentiary system.