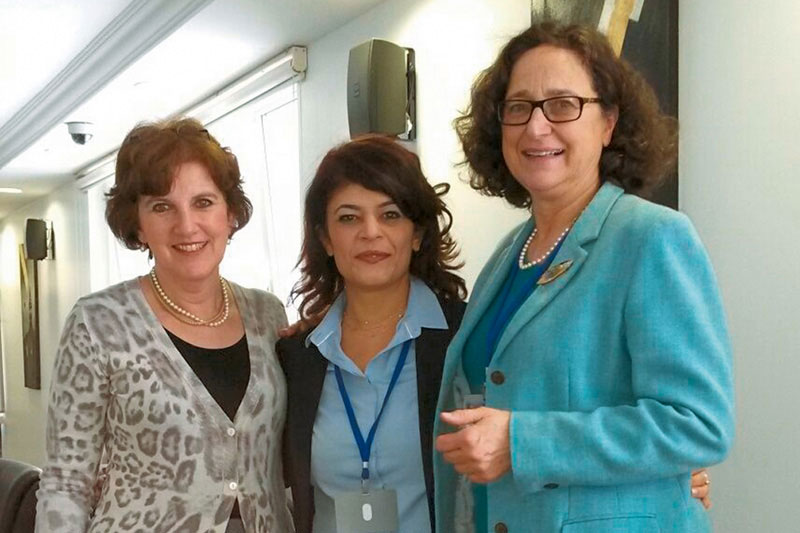 The Twinning project, which had been implemented since May 2013 together with the Dutch CILC, was completed in October 2015. The project comprised two components: The introduction of a press spokesperson system for public prosecution offices and courts and to improve cooperation between the judiciary and the media.

An assessment of the successes that were achieved in the first component in the previous years can already be found in the Annual Report for 2014. The project work focussed this year on training court reporters. Furthermore, the strategy plan entitled "Improved Relations between the Mass Media and the Judiciary" was worked out for the years from 2015 to 2019, as were press guidelines. On the Turkish side, journalists and experts from the Ministry of Justice, the High Council of Judges and Prosecutors, as well as from press offices and the Justice Academy, worked together. There was further involvement on the part of professors from the Gazi University in Ankara.

As a concluding highlight, an international symposium took place on 12 and 13 October 2015 entitled "Relations between Judiciary and the Media" at the University of Istanbul. The topics were as follows:

Those attending the symposium came from Turkey, Germany, the Netherlands, Poland and Sweden.

The goals envisioned in the project were achieved, in particular the establishment of the first five press offices and the training of both press spokespersons and court rapporteurs on the basis of curricula that had been drawn up in advance. Further press offices are to be established in the months to come.