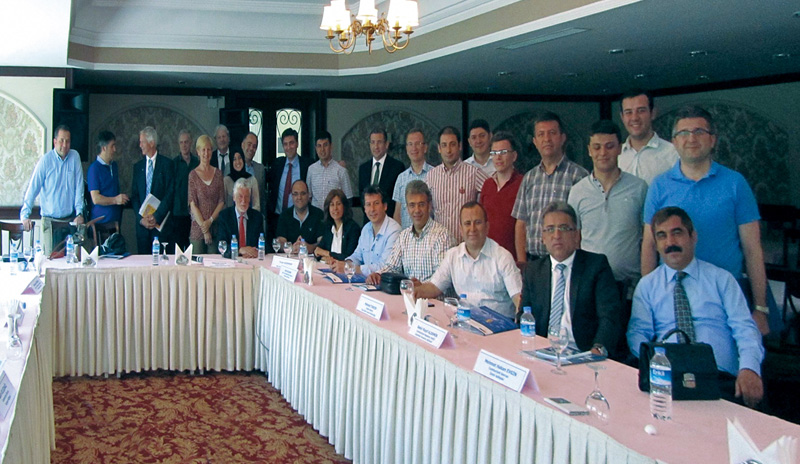 Seminar on witness protection at the Judicial Academy in Antalya

The project entitled "Strengthening Witness Protection Capacities", which had been running since August 2013, was concluded on 20 April 2015, after a two-month extension. The overall goal of the Twinning project was to increase the performance of the Turkish National Police, the Gendarmerie General Command and the judiciary with regard to effective witness protection along European lines.

The project was broken down into three components in order to better achieve the goal:

The Turkish provisions on witness protection were analysed in a first step. The project team recommended changes where shortcomings were identified, and developed a strategy paper which was to form the foundation for a re-orientation of Turkish witness protection.

The need for training in the Turkish judiciary and police was identified in a further step. Following on from this, the project team drew up training programmes, which were then carried out with the partner institutions. The benchmarks that were defined were achieved and even exceeded. A best practice manual was drawn up and distributed among all the partners.

The third step consisted of the project team holding a three-day conference, together with members of the three partner organisations, which was attended by representatives from a total of twelve Turkish Ministries. The conference drew up a Memorandum of Understanding in which the departments in question and their subordinate units undertook to take the interests of witness protection into account in future.

With the cooperation of all three partner organisations, a written declaration on the part of the Turkish National Police was additionally drawn up and signed which guarantees the willingness of Turkey to provide support in international witness protection. This cooperation declaration was manifested at an international conference headed by Europol and attended by representatives from more than 40 states.

In a total of four study visits, the Turkish participants from the judiciary, the National Police and the Gendarmerie General Command familiarised themselves with the functioning of witness protection in various European host countries.

During the implementation phase of the Twinning project, it was possible via project management to make two real international requests to the Turkish Department of Witness Protection and to implement them to the satisfaction of the foreign units.

The overall impact of the project on the Turkish partner organisations was highly satisfactory, and considerably consolidated the joint perception of witness protection, which constitutes an effective weapon in the fight against terrorism and organised crime.