Turkey: Towards an Effective and Professional Justice Academy 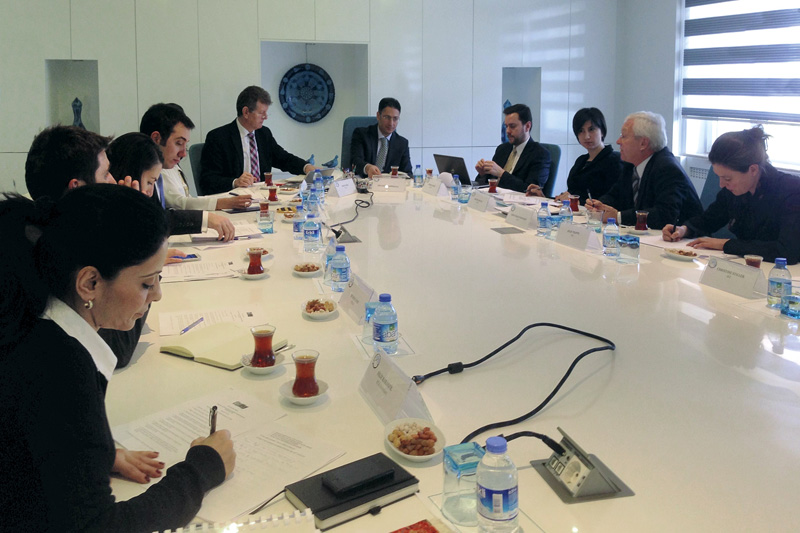 Practical day-to-day cooperation with the Academy was made particularly difficult in 2014 by the fact that virtually the whole staff of the Academy had been changed. The successors of the previous contacts tried to familiarise themselves with the project and its modus operandi, so that a certain amount was nevertheless achieved in 2014.

It was possible to continue in 2014 the training courses for trainers which had been very well received by the Turkish colleagues, so that roughly 210 trainers had successfully completed the training by the time it ended.

A main focus of the work was placed on developing a practical training and course strategy for the Academy. The project partners made proposals for improvements on this which were however difficult to implement because of the staff changes which took place in the Academy.

In the also very important field of training in human rights, five judges attended a six-month internship at the European Court of Human Rights in Strasbourg in 2014, so that, within the project as a whole, a total of ten Turkish colleagues had the opportunity to undertake practical work in the field of human rights.

With regard to the Academy’s public relations work, as well as drawing up an appropriate manual, the experts also put forward concrete proposals for improving the public relations work. Productive meetings were held with the colleagues from the Academy on the proposals drawn up by the twinning team for a reform of the ordinances on theoretical and practical training for the judiciary or for the public prosecution office. The Turkish partners have agreed to implement the proposals.