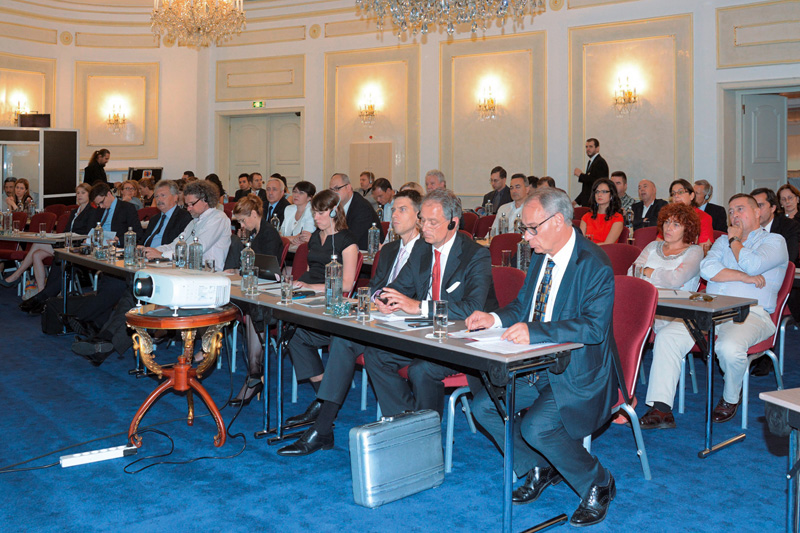 The election of an ethnic-German President in Romania, Klaus Johannis, at the end of 2014 was generally received as a positive signal in both Romania and abroad. Hopes now reside in him to make a new beginning and to enable the country to tackle judicial reform, as well as dealing with corruption. The 12th EU progress report of January 2014 generally confirmed that Romania is developing positively in terms of the independence of the judiciary and combating corruption. It was furthermore possible in 2014 to take up or conclude a considerable number of corruption cases. This also included cases of high-level corruption, which send a signal to office-holders, as well as to society. The Anti-Corruption Directorate (DNA)
operated more efficiently and the procedures were accelerated. It was possible to complete the major project of the four new Codes in 2014 with the coming into force of the new Code of Criminal Procedure, as well as of the new Criminal Code. This means that the four major Codes in civil and criminal law have been fundamentally reformed. The 2014-2018 judicial reform strategy, which aims to strengthen the rule of law, as well as the population’s trust in the judiciary, is thus progressing well.

The IRZ has been supporting Romania on its path towards judicial reforms since 1999. It has since established very good relations with the Romanian judicial institutions. Until 2010, cooperation with Romania was primarily characterised by the implementation of EU twinning projects, e.g. on the organisation of the judiciary, on the fight against organised crime and corruption, as well as on the prison system. Cooperation has shifted since 2012 to EU grant projects on various criminal law and civil law topics.

The IRZ continues to support Romania within EU-funded projects in strengthening the independent judiciary and on the fight against corruption and organised crime. These projects are alternately led by institutions of the Romanian judiciary or the IRZ. Support by the IRZ is given in a spirit of partnership, concentrating on the network concept. The EU-funded projects frequently also include further partner states, so that a network is created in which lawyers cooperate across borders.

The IRZ will continue to cooperate with the partner institutions within EU-funded projects. The focus here is on topics addressed by the progress reports that are regularly submitted by the EU in the fight against organised crime and corruption. The EU-funded money laundering project was launched on 1 September 2014 and will be implemented from 2015 onwards. Furthermore, the IRZ will apply for further EU projects with the Romanian partners.