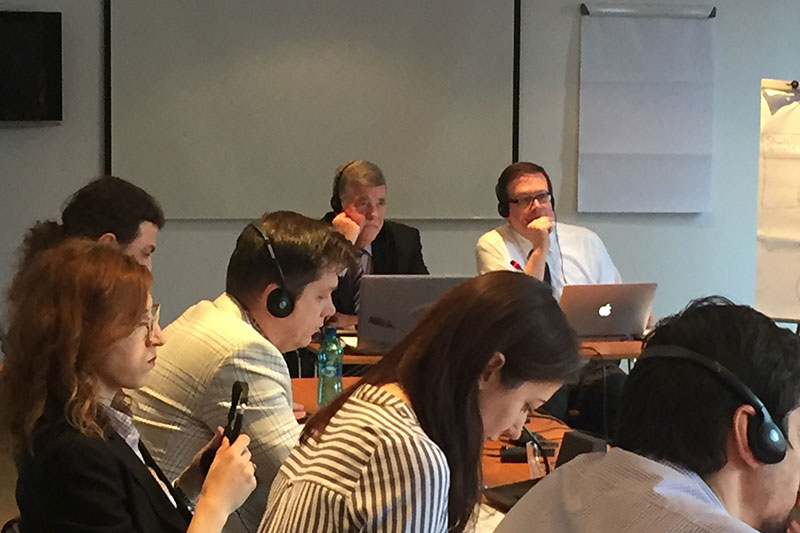 During the week beginning 15 January 2018, workshops and round table discussions were held in parallel in Bucharest and Sofia as part of the EU action grant project "Enhancing the efficiency of the public prosecutor´s offices of Bulgaria and Romania in the field of dealing with victims of crime and promoting their cooperation with local and foreign victim support organisations". This two-year project has been led by the IRZ in cooperation with the public prosecutor's offices of Bulgaria and Romania and the Weißer Ring e.V., a German victim support agency, since February 2016.

At several meetings, participants from the Romanian, Bulgarian and German project partners drew up a Memorandum of Understanding for the cooperation between all the institutions involved in Bulgaria and Romania. With the support of the German project partner, Weißer Ring e.V., they also developed a leaflet for victims of violent crime.

A two-day workshop held in both countries provided practical guidance for state institutions, in particular the police and the public prosecutor's office, to help improve victim protection. These workshops should provide future support for the authorities involved as they deal with victims of violent crime on a daily basis. The guidance was based on the implementation of the 2012/29/EU directive establishing minimum standards for the rights, support and protection of victims of crime in practice. Experts Walter Selter (former Prosecutor General), Hans-Dieter Hilken (former Head of Criminal Investigations) and Roland Weber (Victims' Representative for the State of Berlin) provided in-depth advice on these components, which were produced in cooperation with their Romanian and Bulgarian colleagues.