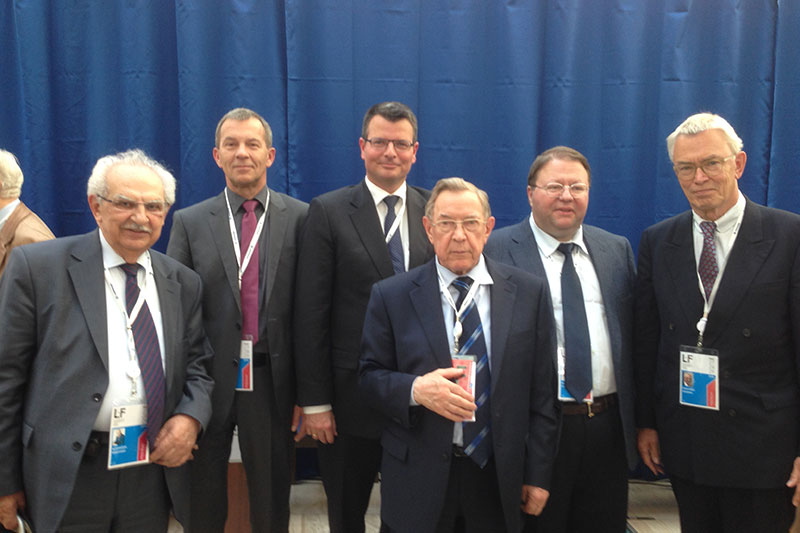 The open political conflict continued to cast a shadow over cooperation with the Russian Federation in 2015. The tightening up of the law with regard to the work of domestic and foreign non-governmental organisations, which primarily target projects that are funded with foreign financial resources, and the most recent judicial reform, which led to the merger of the Supreme Court and the Supreme Commercial Court, was repeatedly criticised by many parties. This makes it all the more important to maintain the intensive relations with the partners which have been in existence for years at working level, and to not permit the dialogue to be interrupted. This is also particularly stressed by the Federal Government.

The political tensions and the economic sanctions have had little effect on cooperation with the IRZ's long-standing partners in the legal field. The IRZ was thus also able to implement a number of events in 2015, both with funding from the Federal Ministry of Justice and Consumer Protection and within the further training programme on the promotion of rule-of-law structures, an initiative of the Federal Foreign Office.

Cooperation with the Research Centre of Private Law and the Association of Lawyers once more focussed on civil law reform. Within the fifth Legal Forum in St. Petersburg, the IRZ was able to contribute towards the roundtable discussions on trademark law and the law on obligations and property law, as well as organising a study trip for senior decision-makers on the topic of "Particularities of the settlement of economic disputes with the involvement of companies".

A further focus was placed on the protection of industrial property. The IRZ was able to continue its cooperation with the Court for Intellectual Property in 2015 and to step up consultation on trademark and patent law.

Consultation with the Federal Bar of the Russian Federation, the Association of Patent Lawyers and the Federal Chamber of Notaries were also continued in the tried-and-tested manner. Support for the professional associations is particularly important in today's situation.

The IRZ has also supported for quite some time the efforts to strengthen local self-government, and has stepped up cooperation with the Civil Initiatives Committee (KGI), which started back in 2014.

The IRZ also continued its cooperation with the Federal Penitentiary Service (FSIN). Topics such as respect for human rights in prison, protection of these rights, adjustment to European standards, as well as questions related to prison service arrangements, remain topical, and will continue to be the focus of cooperation.

The IRZ would also like to make its contribution in 2016 towards consolidating and strengthening the rule of law, together with the Russian partners. Consultation is to be continued in the context of the modernisation of the Civil Code of the Russian Federation, in particular in the special law on obligations and commercial law, in cooperation with the Research Centre of Private Law and the Association of Lawyers.

The IRZ would like to further step up the exchange with the Court for Intellectual Property and with patent lawyers. Cooperation with lawyers should also be particularly emphasised, as well as with notaries, which is to be continued in 2016.

Finally, improving the quality of coercive execution, enhancing local self-government and the humanisation of the prison system will be three topics which remain important in cooperation with the Russian Federation in the coming year.