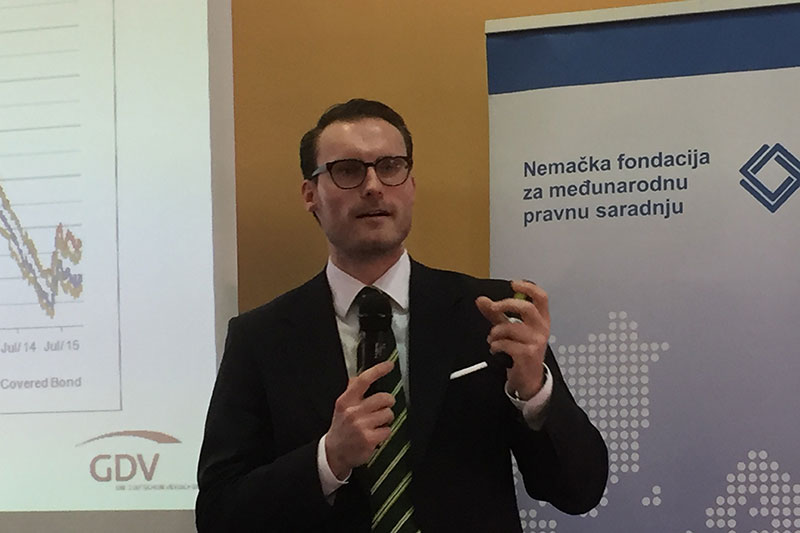 The 17th International Insurance Law conference organised by the Association for Insurance Law of Serbia was held on 22 and 23 April 2016. It has been supported for many years by the IRZ and the German Insurance Association (Gesamtverband der Deutschen Versicherungswirtschaft or GDV). As in 2015, the IRZ and GDV also helped to organise this event, which took place in Palic under the theme "Reforms and new challenges in insurance law".

Both the president of the association, Prof. Dr. Slobodan Jovanovic, and the honorary president, Prof. Dr. Jovan Slavnic, underlined in their welcome speeches the significance of the cooperation with the GDV and the IRZ, which harnesses extensive German experiences for the benefit of the participants.

The well-attended event included lectures on insurance contract law and insurance regulation from the following nine countries: Serbia, Austria, Bosnia and Herzegovina, Croatia, Germany, Great Britain, Italy, Malta, and Poland. The speakers came from a variety of insurance and consultancy firms, supervisory authorities and universities. This mix provided a wide-ranging and deep insight into the current situation concerning insurance law, as well as the insurance industry in general.

The IRZ and GDV were not only involved in organising the conference, they also enabled young lawyers working in the field of insurance law in other countries in the region to take part. The multinational composition of the conference also meant they had plenty of opportunities to make new contacts.

The presentations given at the event will also be published as part of the traditional series of publications issued by the Association for Insurance Law in a conference report and so they will be available to other interested parties.