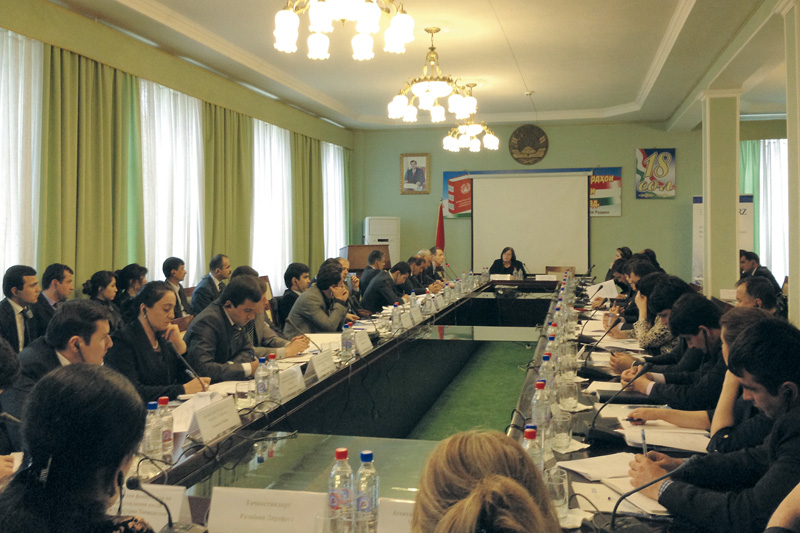 The President, who has now been in power for more than 20 years, was re-elected in the presidential elections which took place in November 2013. In the course of the formation of a government, many posts were re-occupied and both institutions and responsibilities were restructured since the Tadjik State continues to struggle with the social and economic consequences of its turbulent recent history. The reform projects of the Tadjik judiciary and the transformation processes which have been launched are advancing only slowly. There has so far been little real progress towards the rule of law or in combating corruption.

The IRZ's consultation in Tajikistan focuses on the Ministry of Justice, which remains under the same management after the formation of the new government. There are good contacts at the management and operational levels. In addition to the intensive, comprehensive and extensive continuation of the consultation on coercive execution, including accompanying statutes, the topics of legislative procedure and legislative technique, as well as the law on investment, which is extremely topical for Tajikistan, were dealt with at the local events for the first time.

Tajikistan's reform projects in the judiciary and court system are extensive. For this reason, the IRZ's legal consultation focuses, firstly, on fundamental questions such as legislative technique and quality of statutes and, secondly, on specific legal provisions which are to be reformed or drafted from scratch. This approach has proven to be particularly expedient and efficient. In addition to the aspects of legislative consultation and legal comparison, international seminars are to enable the representatives of various Tadjik institutions to be actively involved in the reform processes while engaging in the exchange with German experts.

The IRZ will be continuing its cooperation with the Ministry of Justice in 2014 and intensifying the expert exchange on the topic of the law on investment, also using practical examples. 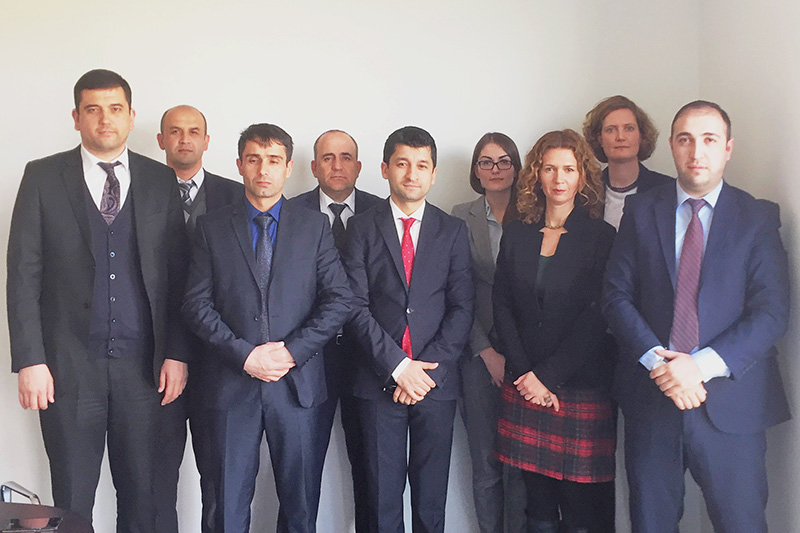 Tajikistan, struggling with stagnation, continues to face major economic and political challenges. Despite many resources including water, gas, precious metals and natural resources, the country is still among the poorest countries in the world. Thus, it is fighting massive waves of emigration, particularly of the young generation, which is plagued by unemployment.

As Tajikistan lies in a persistently fragile region, sharing a border of more than 1,000 kilometres with Afghanistan, it also finds itself in a rather isolated spot in terms of security policy. Following the death of the Uzbek President, however, relations with the neighbouring country of Uzbekistan have improved considerably: the two countries took their first steps towards defining and marking the border and promoting trade.

The legal and judicial reform projects that have been initiated, however, are only progressing slowly. The transformation process continues to focus on the fight against corruption as well as on endeavours to apply legal protection vigorously, to implement effective administrative and judicial structures and to align human rights with international standards. The EU remains the most important partner of Central Asian countries, also in terms of trade. Initiatives to promote market economy structures and to improve the investment climate are particularly significant to the region and continue to be highly topical.

In the year under review, the IRZ’s measures focussing on investment law were implemented with the International Arbitration Tribunal of the Chamber of Industry and Commerce of the Republic of Tajikistan, which was founded in 2016. These included two events in Dushanbe and a study trip to Germany.

In the last two years, the experts of the Association of German Chambers of Commerce and Industry (DIHK) and the German Institution of Arbitration (DIS), who were appointed by the IRZ, collaborating with the extremely committed Tajik Arbitration Working Group, developed arbitration rules and other regulations that both meet international standards as well as taking into account the conditions in a post-Soviet state.

Furthermore, the IRZ assisted the Arbitration Tribunal in translating the arbitration rules into English. The English version is indispensable in arbitration proceedings with foreign participation. It contributes clearly to the international orientation of the new Tajik arbitration authority even in its early stages of activity.

The very young Tajik arbitration was built on a foundation of solid regulations complying with international standards in close cooperation between their ambitious leadership and German experts. It requires further regional and international ties, professionalisation of practical procedures and further training of staff employed in the field in order to be developed further and to earn recognition.

The plan for 2018 is to keep providing support in the area of arbitration. The cooperation will focus on training courses for arbitrators and arbitration staff.

Furthermore, the Tajik law on arbitration, which falls short on many levels, is to be revised, specifically by including the contents of the UNCITRAL Model Law. It seems sensible to consider supporting the relevant working group, which has already been established for this purpose, through international consultations.