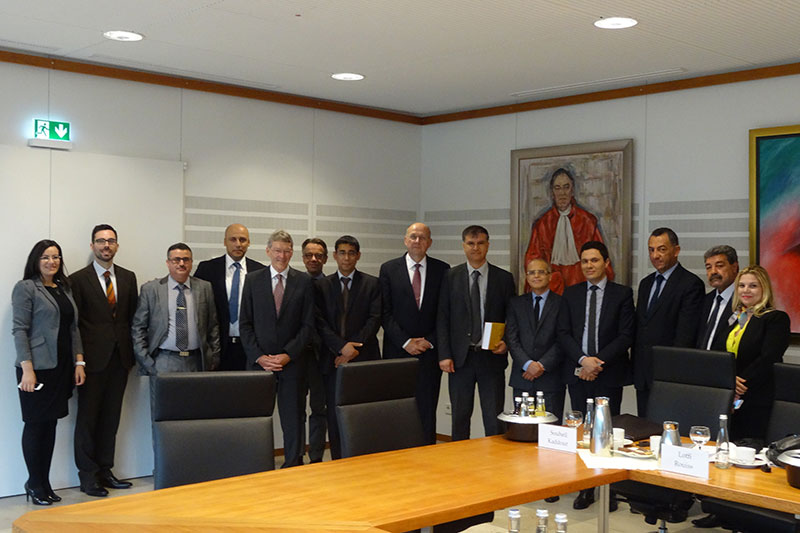 Despite a difficult situation overall, the reform process in Tunisia was continued in 2015. The economic situation remains highly turbulent, and the security situation is tense. Once a Constitutional Court had been established in 2014, and Parliamentary and Presidential elections were held in the same year, Tunisia was on a good path towards governmental and social reform. At the same time, terrorist attacks posed a considerable setback to this positive development. 44 people were killed in March in an attack on the Bardo Museum in Tunis, 38 people died in another attack in Sousse in June, and 16 people lost their lives in an attack on members of the Presidential Guard in November.

Despite these tragic events, the Tunisian authorities, as well as Tunisian civil society, pushed forward the legal policy and social reform process. In the judicial field, mention needs to be first made of the adoption of a law on the "Supreme Judicial Council", which after three years of intensive, controversial discussions, regulates the status and independence of the judiciary within the Tunisian state structure.

The administrative courts have also continued to undergo intensive reform efforts aiming to develop and adopt a Code of Adminisrative Court Procedure. This process is still ongoing at present. Ongoing reform efforts also continue to be observed in the prison system. Considerable efforts are still needed in major structural issues such as prison overcrowding, alternative sentencing systems, resocialisation of convicts, etc. In this regard, the Tunisian Government has developed a systematic reform methodology and adopted a four-year plan (2015-2019) on the reform of the judiciary and of the prison system.

In line with the principle of sustainability, the IRZ continued to remain true to its foci to date in Tunisia in 2015. These particularly include administrative and constitutional justice, as well as the prison system.

A conference on the independence of the judiciary, which was held in April 2015, should be stressed by way of example. This brought both the Justice Minister and senior officials of the Ministry, as well as Parliamentarians and members of the judiciary, to one table. It was held at a time when the decree on an Act on the Supreme Judicial Council was just about to be adopted as the main provision as regards the organisation of the judiciary.

The specialist dialogue in the prison system was also continued. Members of the German prison system visited Tunisia in the context of the tried-and-tested cooperation with the Prison System Directorate General of Berlin Senate Administration of Justice and Consumer Protection. In return, senior Tunisian prison officers were afforded the opportunity to enrich the Tunisian reform discussion with concrete practical examples from everyday work in the German prison service.

For the third time, the IRZ also organised a two-week colloquium this year on the topic of "Modern Administrative and Private Law". During the event, which was held in Hammamet, Tunisia, German speakers from practical and academic circles offered an insight into German and European law, whilst their Tunisian colleagues discussed in their presentations the legal situation in Tunisia and other Arab countries, thus creating a sound foundation for lively legal comparison discussions. The thirty participants included both judges from the administrative courts and lawyers, thus further enriching the discussions in light of their different perspectives. The colloquium was followed by ten participants being invited to courts, law offices and notary firms in Germany as guests.

Also for the third time, the IRZ organised an exchange-of-practice period in Germany for Tunisian judges. After the foundation had been laid in preparatory events for an understanding of German civil and criminal law, including procedural law, the participants received the opportunity to attend civil and criminal hearings at Cologne Regional Court, after preparatory discussions had been held with the competent judges.

The IRZ plans to continue its commitment in the abovementioned fields.They are all highly topical, and require sustained cooperation. Additionally, cooperation with lawyers and the Notaries' Association is to be continued where appropriate. The focus in the administrative courts is primarily placed on the drawing up of a Code of Administrative Court Procedure. Significance is also attached to questions related to the local elections, which are to take place at the turn of the year 2016/17. As previously in the parliamentary elections, the focus is on issues related to electoral law and judicial review of election results. As to the constitutional courts, once a Constitutional Courts Act has been adopted, questions related to initial experience with this new statutory provision should be particularly concentrated on.