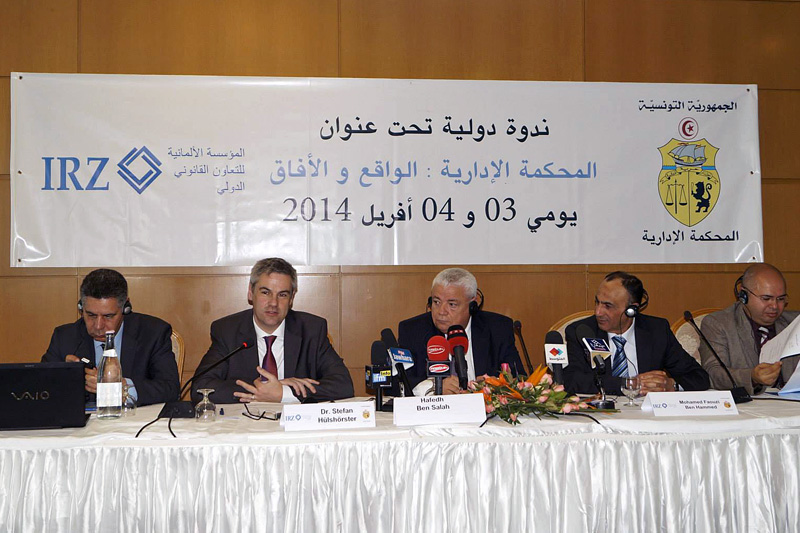 In January 2014, the Constituent Assembly of Tunisia adopted a new constitution. The Tunisian government intends to reform the administrative jurisdiction, amongst other areas, on basis of this reform.

The event was opened by the Tunisian Minister of Justice, Hafedh Ben Salah, the First President of the Administrative Court of Tunis, Mohamed Faouzi Ben Hamed, two representatives of the Ministry of Justice and the deputy Director of IRZ, Dr. Stefan Hülshörster.

The IRZ is planning an expert exchange, amongst other activities, with the Federal Constitutional Court and the Federal Administrative Court, which is to take place soon. Furthermore, it is envisaged to organise further expert seminars in Tunis dealing with relevant constitutional and administrative issues.

The presentations given by the experts also generated broad media coverage with many reports about this successful IRZ event.