Two-day Conference in Tunis on the Independence of the Judiciary 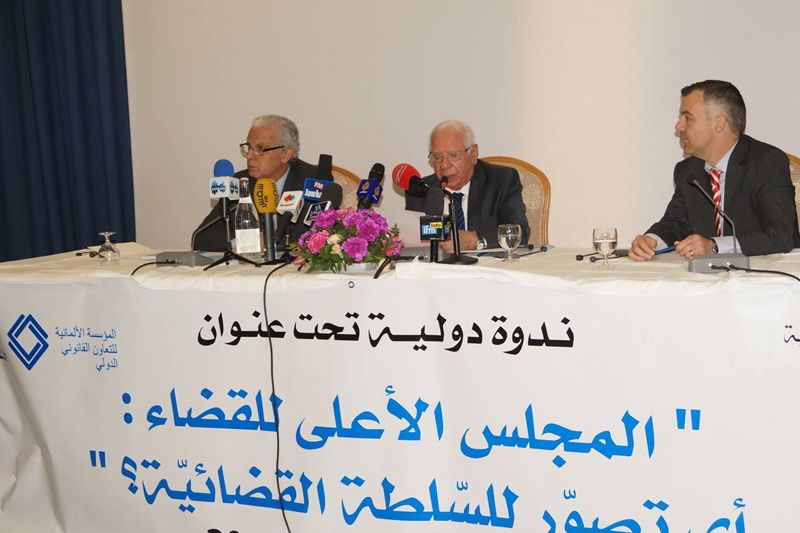 On 7 and 8 April 2015 the IRZ organised a conference in Tunis on the subject of "The High Judicial Council and the Independence of the Judiciary". The establishment of a Judicial Council is one of the central topics in the Tunisian debate about the reform of the judicial system. The draft laws submitted by various institutions and stakeholders were discussed very intensively during recent years.

Large parts of the judiciary consider the greatest possible autonomy of the Judicial Council and the self-administration of the judiciary as an opportunity to learn lessons from Tunisia's authoritarian past and to create a genuinely independent judiciary.

The Ministry of Justice takes a different position. Its view is that ensuring the independence of the judiciary at all costs does not mean that all competences will and should be withdrawn from the Ministry. The controversial background to this process ensured meaningful and lively discussions and met with great interest above all from the Tunisian judiciary and Parliament.

The Tunisian Minister of Justice, Mohamed Saleh Ben Issa, who has only been in office for a short time, opened the two-day conference with rather critical words. The conference was covered by numerous media representatives from television, radio and the press (Al Jazeera, etc.). The agenda included presentations and discussions with regard to the following topics, among other things:

The views of the Tunisian contributors were always supplemented with presentations by two German judges about the situation in Germany in terms of comparative law and by contributions to the discussion regarding the pros and cons of specific regulations. 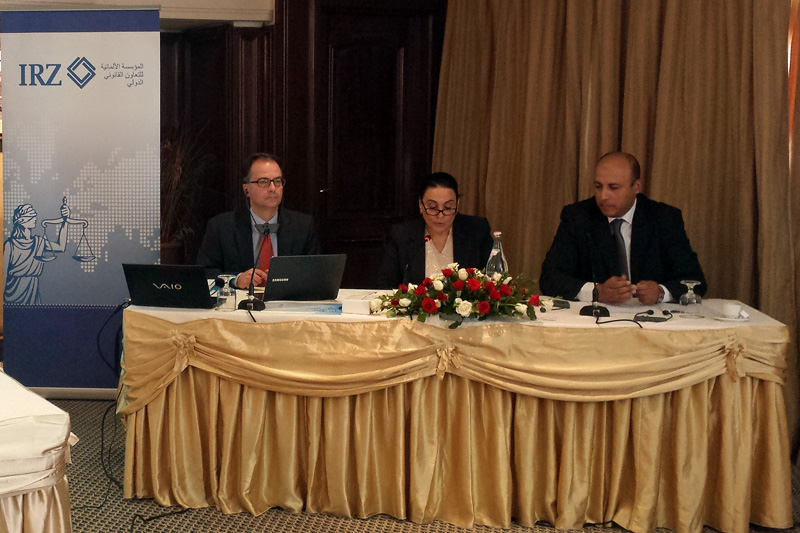 Welcome address by Ms Nejiba Rouissi, Advocate-General to the judicial agencies, Ministry of Justice and Human Rights of Tunisia in charge of international matters of family law

Encouraged by the positive experience of last year, the IRZ organised a follow-up conference on "Cross-border Cooperation in Civil and Commercial Matters pursuant to the Hague Conventions" in Tunis on 13 to 14 November 2014 following the conference in Rabat/Morocco in cooperation with the Permanent Bureau of the Hague Conference.

The event was opened by Ms Nejiba Rouissi, Advocate-General to the judicial agencies, Ministry of Justice and Human Rights of Tunisia in charge of international matters of family law, the Secretary General of the Permanent Bureau of the Hague Conference, Dr Christophe Bernasconi, and the IRZ's Legal Adviser for North Africa and Middle East, Mr Mohamed Montasser Abidi.

During the two-day conference, approximately 30 participants from the Tunisian judiciary discussed, among other themes, the issues "Electronic Apostille Pilot Program (e-APP)", "Malta Process" and "Cross-frontier Child Protection" pursuant to the Hague Convention" presented by three speakers of the Permanent Bureau of the Hague Conference.

The IRZ had also invited a representative from the Ministry of Foreign Affairs of the Kingdom of Bahrain, who reported about the experiences of his country with the electronic apostille procedure. 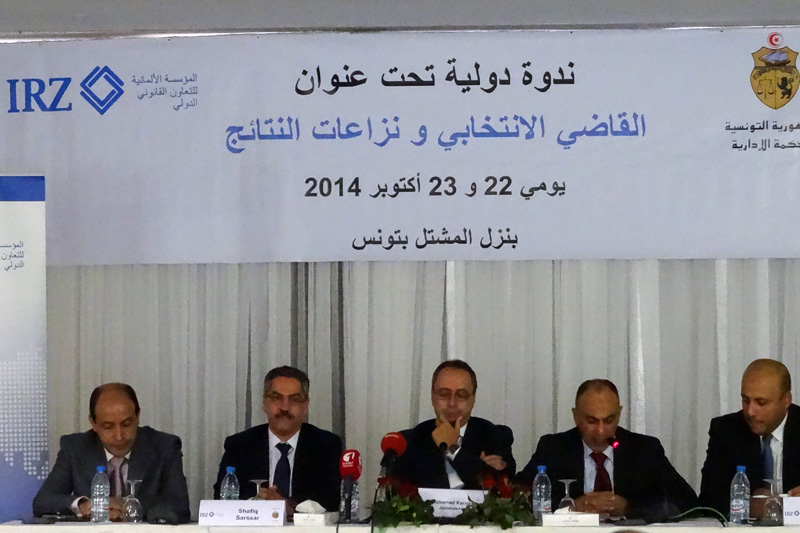 On 22 and 23 October 2014, the IRZ carried out the event "The Administrative Jurisdiction of Tunisia: Legal Assessment of Electoral Disputes in Election Results" in cooperation with the Tunisian Administrative Court ("Tribunal Administratif") and the Tunisian Ministry of Justice. The conference was organised in the context of the reform of the administrative jurisdiction in Tunisia and the Presidential elections on 23 November 2014.

The event was opened by the Representative of the Tunisian Minister of Justice, Mr Mohamed Karim Jamoussi, the First President of the Administrative Court of Tunis, Mr Mohamed Faouzi Ben Hamed, the Chairman of the Independent Election Commission in Tunisia, Mr Shafiq Sarssar, and the IRZ Legal Adviser for North Africa and the Middle East, Mr Mohamed Montasser Abidi.

The contrasting presentations given during this event by Tunisian judges and their German counterparts (the former Vice-President and Judge at the Federal Administrative Court, Mr Michael Hund, and Professor Dr Volker M. Haug, Ministerialrat, Institute for Economics and Law, University of Stuttgart) revealed both similarities and differences in the legal practice of the two countries. The following intensive discussions provided an important insight into the past and present situation of the Tunisian electoral law beyond the two event days. It was pointed out once more, as already during the previous event in April 2014, that the administrative court rules in Tunisia are going to be reformed. A respective cooperation between the Tunisian Administrative Court and the German Administrative Courts has already been agreed.

In this context, the IRZ will organise an exchange of experts with the Federal Constitutional Court and the Federal Administrative Court covering electoral law issues, among other topics, during the week prior to the commencement of the Presidential elections. Furthermore, it is envisaged to organise further expert seminars in Tunis next year covering relevant constitutional and administrative issues.

In light of the upcoming events (Parliamentary and Presidential elections), the media have taken a lively interest in the expert presentations and there has been extensive coverage of this successful IRZ event.