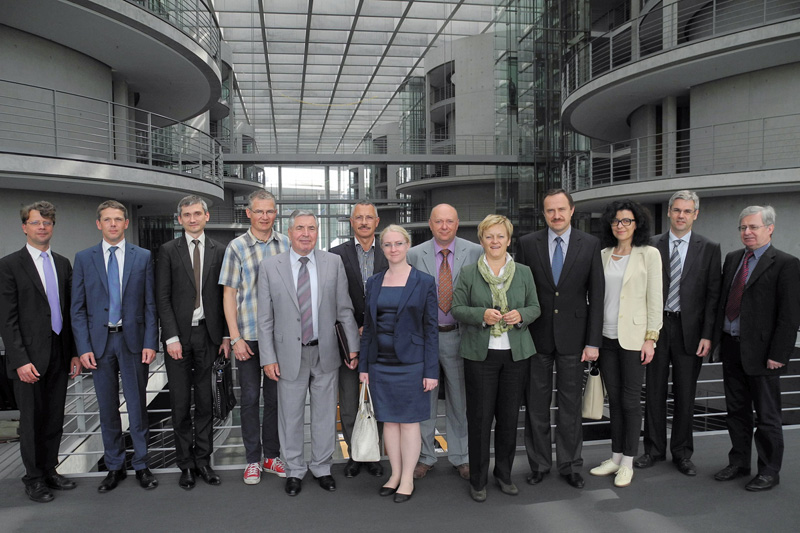 Cooperation with Ukraine faced major challenges in 2014: paralysis of the authorities, the fact of the former President escaping the country, presidential elections, parliamentary elections, the EU Association Agreement and not last military conflicts in the East of the country. As a result of these turbulent circumstances, the IRZ was unable to carry out any effective consultation work for quite some time. Because of elections and many re-occupied posts, some established contacts were unavailable either completely or at least for quite some time. Despite extremely difficult conditions, the IRZ has not tired in its efforts, and was able to resume cooperation at least from autumn 2014.

The IRZ was mainly active in 2014 in the project entitled “Promoting the rule of law in Ukraine”, which was funded from the budget of the Federal Foreign Office. The consultation was focussed on the fields of constitutional law, the judiciary, criminal law, public law and administrative courts, as well as combating corruption.

Despite the difficult starting situation, the IRZ was able to offer consultation and events in all key areas. It supported the Ukrainian Parliament and the Ministry of Justice in all central reform projects, such as constitutional reform, and provided advice in the legislative process. The IRZ furthermore continued its long-lasting consultation service in drafting the Administrative Procedure Act. The IRZ also made it possible to organise an exchange of experience and knowledge transfer for judges of all courts and stages of the legal process.

The IRZ also particularly focussed in 2014 on basic and further training for members of the judiciary and for young lawyers. For instance, the study programme with the national Ivan Franko University of Lvov, which is funded by the Federal Foreign Office, was continued.

The IRZ stressed not lastly the important function of lawyers as a link between the State and society by offering events in cooperation with the Federal Bar (BRAK) and the German Bar Association (DAV).

Despite the unstable domestic and foreign policy situation, the IRZ will be continuing its previous work in the coming years. It will enter an intensive phase in 2015. The process of constitutional and judicial reform is not yet complete. There are currently drafts of the Administrative Procedure Act, as well as of the Law on the Judicial System and Status of Judges, on which discussions will have to take place. Cooperation with the legal profession and the German-language supplementary introductory studies in German law, which the IRZ established, will also be continued in 2015. Cooperation with notaries will be relaunched in 2015. The IRZ will be building in 2015 on what has been achieved so far in all the abovementioned fields, and thus intensifying the existing cooperation with all major Ukrainian partners. This will enable the IRZ to continue to make a major contribution towards strengthening the rule of law in Ukraine.